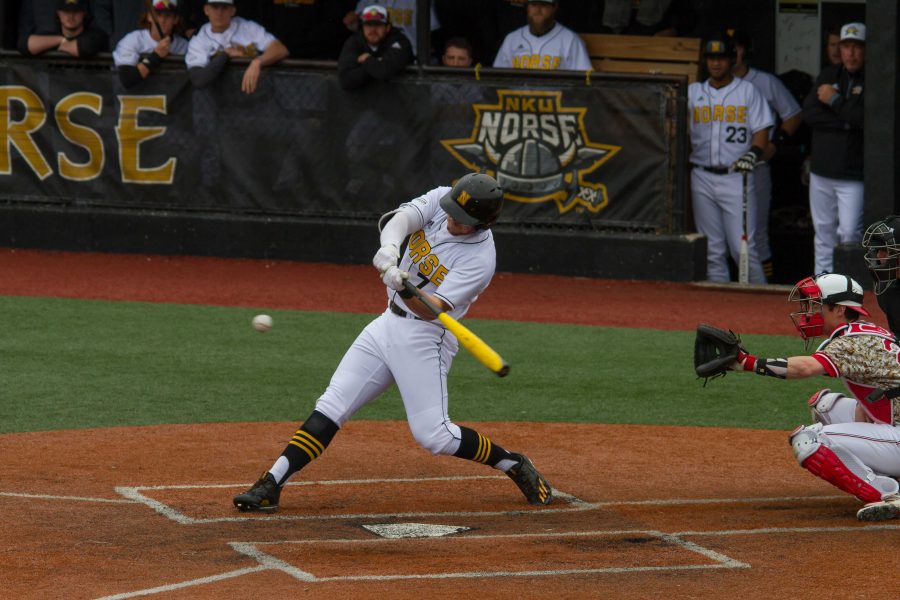 TJ Alas connects on a pitch for a homerun against the Penguins. NKU beat Youngstown State 15-8

TJ Alas hit two homeruns in this game, including a two run homer in the first inning to score Jake Richmond to take a 2-0 lead.

The Norse jumped out to a 7-0 lead in the second inning, but Jean-Francois Dionne allowed three homeruns in the third inning and then another run in the fourth to make the score 7-4.

The Penguins would score four more runs off Norse pitcher Charlie Jerger after Dionne exited, but that would not be enough to catch up to the Norse.

The two teams will play again on Saturday at 1 p.m. at Bill Aker Baseball Complex for game two of the three game series.