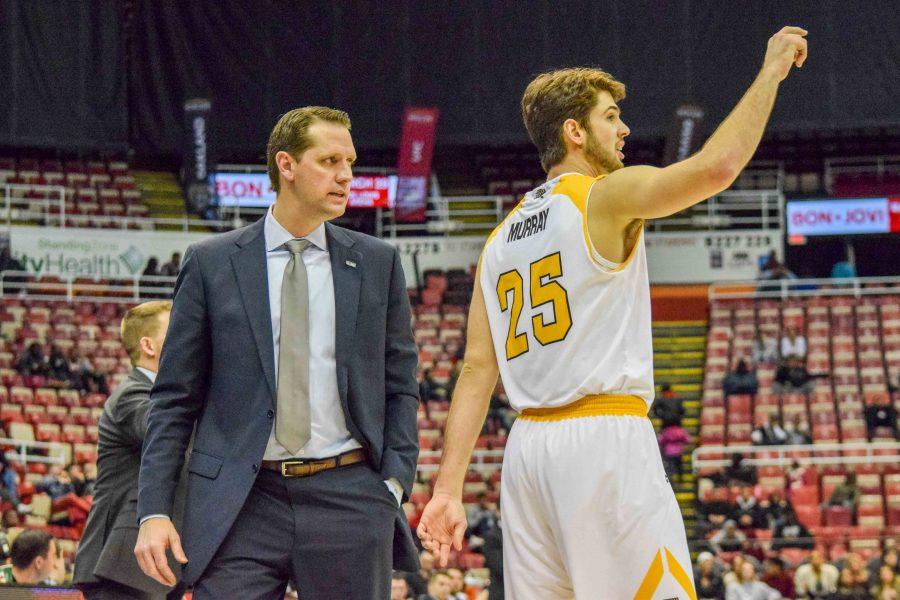 DETROIT — A popular topic of discussion early in the season was about the youth of the NKU men’s basketball team.

The website KenPom.com ranked the Norse 293rd-most experienced out of 351 Division I basketball teams.

However, during this streak of eight wins in nine games, the young Norse have been the more poised team down the stretch.

The latest example was making 14 straight field goals over a 10-minute stretch Sunday in an 82-77 win over Wright State.

Related: Third time’s the same: Norse advance to the semifinals

“That’s kind of been who we’ve been since the second half of conference play,” NKU head coach John Brannen said. “Finishing games, playing well down the stretch.”

Brannen said his veteran players have set the example of how the team needs to finish games.

“That’s a testament to Drew McDonald, Lavone Holland, Cole Murray, Brennan Gillis, Jordan Garnett,” Brannen said. “Guys that have been in the program for a year and have an understanding of what it takes to win in this league.”

With the veterans leading the way, Brannen’s talented freshman have followed their example.

“Then you have confident freshmen who feel like, ‘OK, I can follow their lead,’” Brannen said. “It just passes itself down. You can’t predict that — it’s year-to-year.

“This group has a good chemistry about them that they’ve learned how to do that.”

In two previous meetings against the Norse this season, NKU held Morse to 13 and 20 points. However, Brannen did not want to take too much credit for slowing down Morse.

“I don’t know if we played good defense or if he just missed some shots,” Brannen said. “He’s a dynamic scorer. He’s one of the best scorers in the country. He provides problems for every coach in this league.”

NKU and Youngstown State split two regular-season meetings, with each team winning on its home floor. NKU won 83-70 on January 5 at BB&T Arena, while Youngstown State won 81-77 at home Feb. 18.

The loss to Youngstown State is the only defeat in the last nine games for the Norse.

ESPN’s Joe Lunardi and his Bracketology is an institution to college basketball fans this time of year.

When Northern Kentucky University fans opened the page this morning, they were greeted with the image below.

Indeed, the Norse are projected as a 15-seed and a first-round matchup with two-seed Louisville.

However, this is not a prediction from Lunardi. In one-bid leagues, Lunardi places the highest-remaining seed left in the conference tournament in the bracket until someone clinches the bid.

One thing seems certain: if the Norse do not win the Horizon League tournament, the team that does win should probably make plans for the First Four at UD Arena in Dayton.

For now, it appears the Norse would avoid that fate. But any spot in the field of 68 would be a dream come true for NKU.

That dream is two victories away.