Norse fall to Penguins in OT 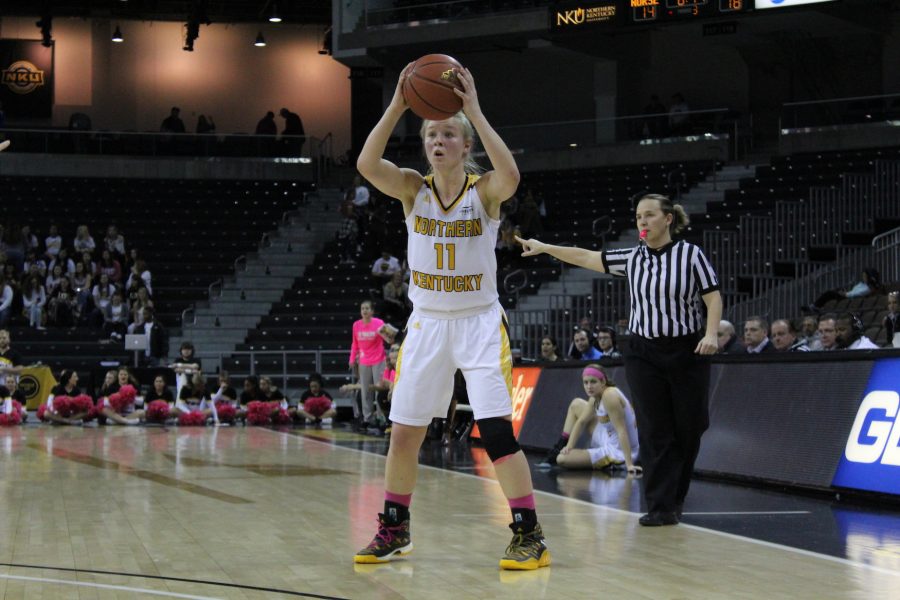 The NKU women’s basketball team took the road to play Youngstown State on Thursday, and fell to the Penguins 77-73 in overtime. The Norse have now lost two straight games and sit at 8-18 on the season and 4-10 in the Horizon League.

Offensively, the Norse were led by senior Rebecca Lyttle and freshman Taryn Taugher, each of whom scored 20 points for the Norse. Lyttle also grabbed 10 rebounds, giving her a double-double.

The Norse struggled to stop Youngstown State’s Alison Smolinksi, as she scored 30 points on 10 shots, including seven 3-pointers.

NKU shot 42 percent from the field, but it was the 3-point shooting that ended up being the downfall of the Norse. NKU made just one 3-point shot on 15 attempts compared to Youngstown State’s nine.

Taugher and Lyttle led the Norse on a 24 point outburst in the fourth quarter to tie the game at the end of regulation, but the Norse couldn’t keep it up in the overtime period.

Statistically, NKU dominated the game, grabbing 10 more rebounds than the Penguins and outscoring them 44-24 in the paint.

NKU has just four games remaining before the Horizon League tournament in Detroit. They travel to Cleveland State on Saturday Feb. 18 to take on the Vikings. The tipoff is set for 1 p.m. and the game is available to watch on ESPN3.