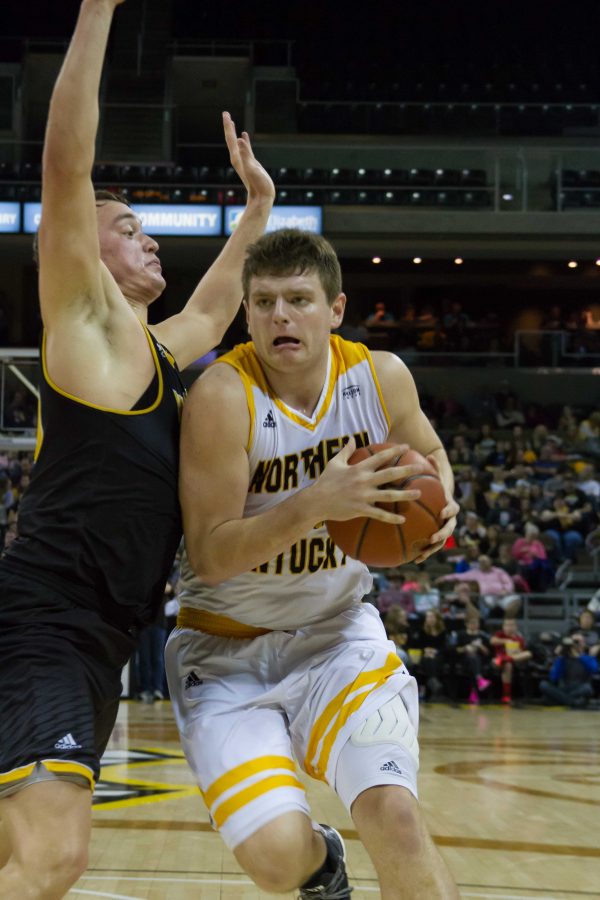 The NKU Norse men’s basketball team hung on in the final minutes of regulation to beat Cleveland State 62-60 in Cleveland. NKU improves to 18-9 overall and 9-5 in Horizon League while Cleveland State falls to 8-19 and 4-11 in conference.

With the victory, the Norse are now tied for third in the Horizon League with Green Bay and Wright State.

The Norse lead by as many as 12 early in the second half, but struggled on offense down the stretch. After leading most of the game, NKU fell behind with 2:33 left to go and then again with 57 seconds.

Three free throws by Drew McDonald and a missed three by Cleveland State’s Rob Edwards sealed the victory for NKU.

The Norse were saved by free throws in the end. Every Norse point in the final 11 minutes, with the exception of one made three, was scored at the free throw line.

All but one of those free throws were made by McDonald. In fact, the sophomore center scored every Norse point in the final seven minutes, including that three pointer.

Neither team shot particularly well all night. NKU shot 38 percent on the night while Cleveland State shot 36 percent from the floor. The Norse outrebounded the Vikings 39-34.

Carson Williams finished with 22 points to lead all scorers. McDonald finished with a double-double, scoring 13 points and grabbing 13 rebounds. No other Norse player reached double figures.

The Norse will finish their regular season away schedule on Saturday when they face Youngstown State at 7 p.m.. They will then return home for the final three games of the season, starting with Wright State on Tuesday.