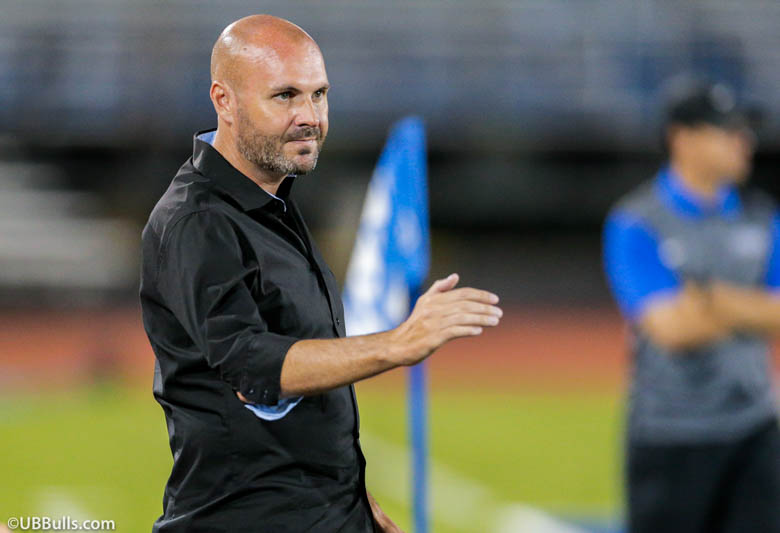 Stu Riddle was named the new NKU men's soccer coach Monday. Riddle has been at the University of Buffalo for the past four season and led the Bulls to a MAC Championship in 2016

The NKU athletic department announced on Monday that former University of Buffalo head coach Stu Riddle will become the next men’s soccer coach.

Riddle will become the fourth soccer coach in the history of NKU. He replaces John Basalyga who announced his retirement in December.

“I would like to thank Ken Bothof and Dan McIver for giving me the opportunity to lead the men’s soccer program at NKU,” Riddle said in a statement. “The facilities and support network are second-to-none and I can’t wait to get on campus, ingrain myself into the local soccer community and work with them team to bring the success this program deserves to NKU.”

As a head coach, Riddle has a 61-68-21 record in eight years as a Division I head coach at Buffalo and Western Michigan.

Riddle also spent four years at Western Michigan, where he led the Broncos to a pair of MAC Championship appearances.

“His experience building Division I soccer programs is invaluable as we look to him to continue fostering a culture of success for a program with a storied history,” athletic director Ken Bothof said in a statement. “He has displayed a commitment to both athletic and academic success that make him a great fit for our department, campus, and community.”

Prior to coaching, Riddle was an All-Big South Conference honoree at Coastal Carolina and played professionally in Australia, England, and Scotland. He was also a member of the New Zealand National team.
Riddle will take over a team that went just 1-13-4 in the 2016 season and scored only 11 goals and gave up 37 goals.