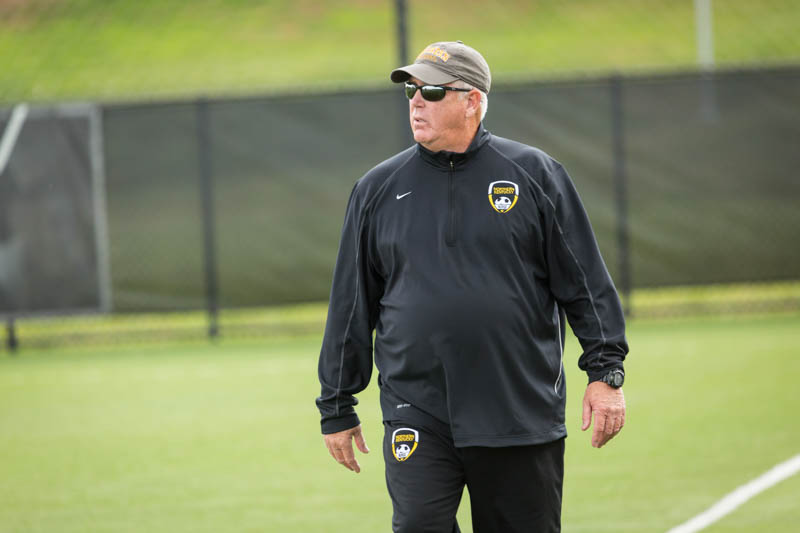 Men’s soccer coach John Basalyga announced he is retiring from his position at the end of the spring season. Basalyga has been coaching the Norse for the last 14 seasons.

“It has been a tremendous honor coaching at Northern Kentucky over the last 14 years,” Basalyga said in a statement. “I particularly want to thank my wife Linda and three children, Lindsay, Ryan and Courtney, for their support over the last 43 years. If it wasn’t for them, I wouldn’t be where I am now.”

Basalyga was one of the most successful coaches in NKU’s athletic history, finishing his career 161-88-33 and leading the 2010 Norse to a NCAA DII National Championship.  The Norse were also ranked 1st in the nation among Division II schools several times from 2007-2010.

“I’ve been blessed to coach some terrific young men along this journey and we enjoyed quite a bit of success on the pitch as well,” Basalyga said. “I owe my college coaching career, which was always a dream of mine, to NKU Athletics and I will continue to be an ambassador for the Norse.”

He led the Norse to six straight post season appearances from 2006 to 2011. He also helped the Norse make the Atlantic Sun semifinal game and hosted a Horizon League quarterfinal game.

“John has given so much of himself to the student-athletes he coached and the men’s soccer program,” said Ken Bothof, NKU athletic director. “It is because of John’s work and love of Norse soccer that this program is positioned to continue ascending to new heights.”

The decision comes after the Norse finished the 2016 season with a 1-13-4 record, the worst record at the end of the season in his career. The Norse started six freshman and only had one senior on the roster.

The search for a new head coach will begin immediately. Basalyga will remain with the program until a new coach is hired.