Norse offense continues to struggle in loss to Tennessee Tech 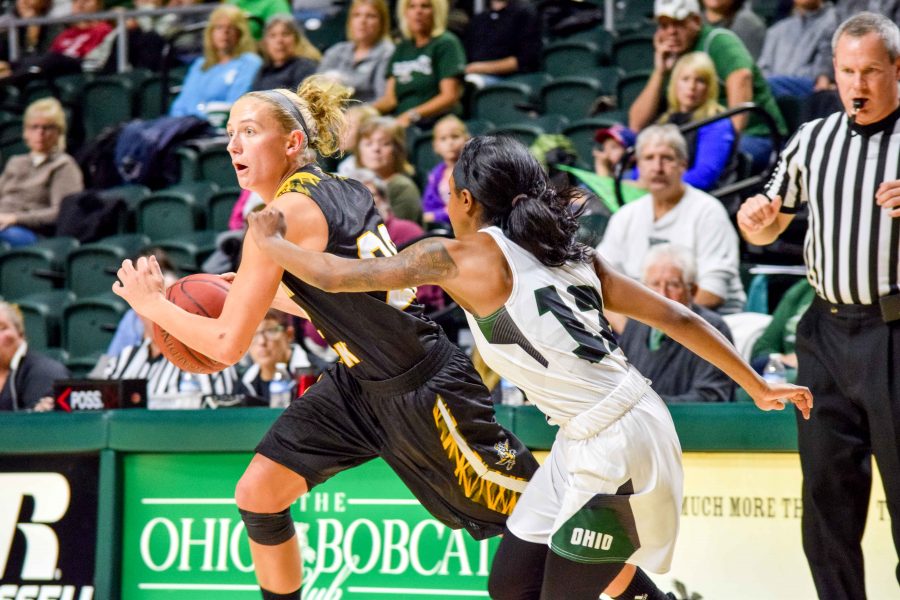 The NKU women’s basketball team fell to Tennessee Tech 55-40 Sunday afternoon in Cookeville. The Norse fall to 2-5 on the season while the Golden Eagles improve to 3-6 on the year.

Despite shooting just 24 percent, the Norse were only down by four points at the end of the first half. That would be the closest they would get, allowing the Golden Eagles to shoot 43 percent in the second half and falling behind by as many as 20 points in the fourth quarter.

Tennessee Tech had three players in double digits. Hannah Goolsby led all scorers with 12 points, while Treyvonna Brooks and Akia Harris followed with 10 points each.

The Norse offensive struggles continued against the Golden Eagles, shooting just 34 percent from the field and going 2-10 from the three point line.

After two double digit scoring performances  in a row, Kasey Uetrecht only managed to score three points on 1-8 shooting against the Golden Eagles.

The Norse will play next on Thursday Dec. 8 against the Indiana Hoosiers in Bloomington at 7 p.m.. The Hoosiers are 4-3 on the season and are currently on a two game losing streak.