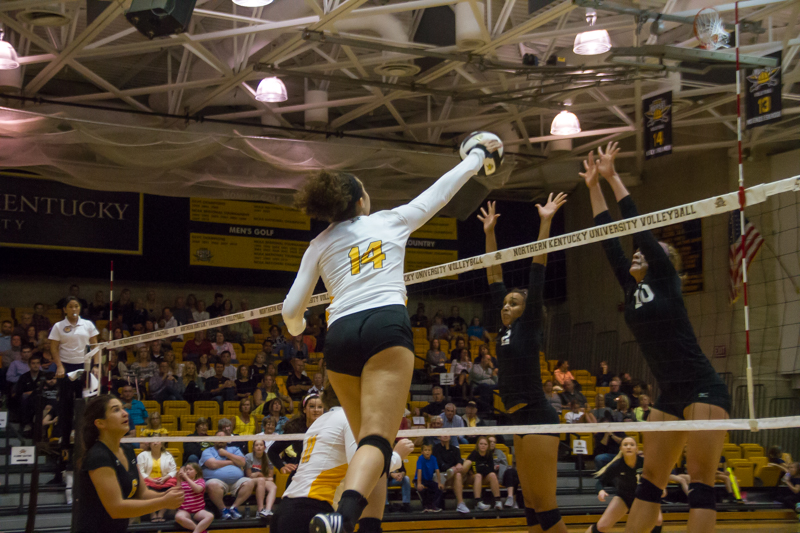 Keely Creamer is a volleyball player at NKU who attended the Women's March at Washington Park in Cincinnati.

The NKU Norse volleyball team beat Valparaiso 3-0 on Friday. The Norse improved to 8-8 while Valparaiso fell to 8-12 on the season.

Keely Creamer broke two NKU volleyball records in this game. She recorded 19 kills which is the most by any Norse DI era player as well as recording a career best hitting percent .750, which is also a new school record.

“The court seemed huge tonight. I just found so many openings that usually aren’t there and I could swing away, and that’s a good feeling to be able to do that,” Creamer said. “Even if I wasn’t the one getting the kill, it was great to be able to help out that way.”

The Norse limited their errors in this game, only recording 13 while forcing Valpo into 17 errors. As a team, NKU hit .402 and recorded 52 kills, while the Crusaders only hit .103.

Haley Libs had 13 kills in the match while Taylor Snyder recorded 41 kills.

The Norse will play again Sunday when they travel north to face Wright State.