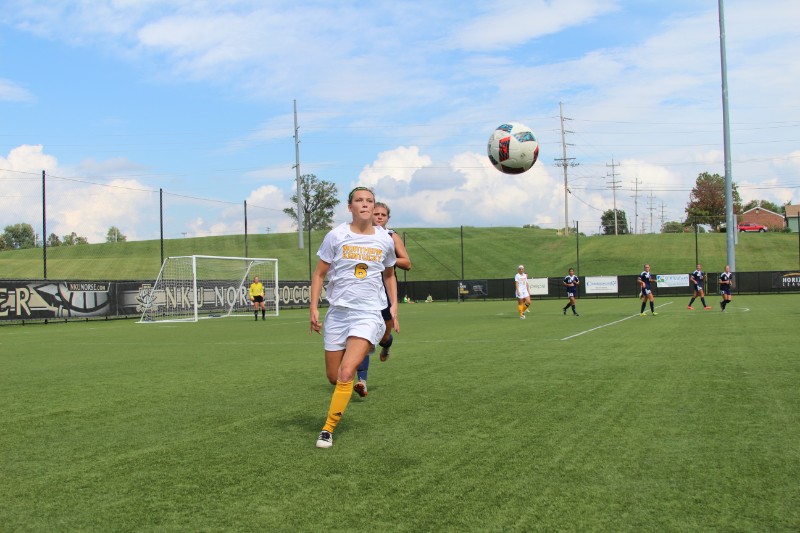 The NKU women’s soccer team continued to roll on Sunday, beating Robert Morris University 2-0 to get the Norse to 5-4 on the season.

The Norse have now won five out of their last six games, with all of those wins coming in the form of shutouts.

While Emily Lohmann and the Norse defense held Robert Morris scoreless, Jessica Frey and the Norse offense continued to show that they aren’t the same team that lost their first three games.

The Norse took 18 shots, while the Colonials only got off eight shots. Makenzie Shearson made five saves on the day, but that wasn’t enough to keep the Norse off the scoreboard.

Frey scored her fourth goal of the season while Erin Sutton added the second goal of the game. Both goals were assisted by Macy Hamblin, who also took four shots on goal against the Colonials.

Both Norse goals came at the beginning of the second half. Frey’s goal came within the opening seconds of the half. Sutton followed in the 49th minute with her first goal of the season.

The win keeps the Norse in second place in the Horizon League standings. The Norse will play the first ranked Milwaukee Panthers on Saturday Sept. 24. The game will be available on ESPN3.