Norse to battle Bearcats for the first time 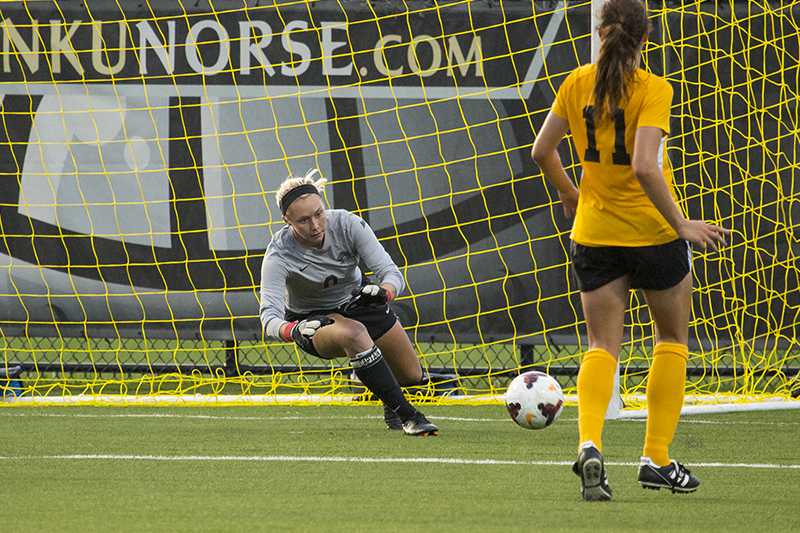 The Northern Kentucky University and University of Cincinnati women’s soccer teams will meet on the field for the first time in a match dubbed the Riverboat Rivalry.

The programs held a press conference Wednesday to officially announce the upcoming game, set to take place at 7 p.m. on Aug. 22 at Nippert Stadium.

“We jumped at the opportunity to come and showcase our players and our program,” head coach Bob Sheehan said.

Fans from all around the Tri-state are expected to be in attendance to watch the home grown talent from both teams.

“It’s a great opportunity for the local kids and it will help them highlight their college careers,” UC head coach Neil Stafford said.

Not only does it allow the players to play in front of friends and family, it allows the programs to promote and show off the talent and skill to a community take has taken a recent interest in the game.

“It’s been really cool to see the city of Cincinnati fall in love with the sport of soccer,” NKU senior Sami Rutowski said.

Sheehan said the opportunity will allow the team to showcase what the program has to offer.

“We think we have a lot to sell,” Sheehan said.

While the game itself brings bragging rights and intensity on the pitch, both universities are also looking past the game to what it could mean for the community as a whole.

“I think the NKU and UC women provide positive role models for young girls in the Tri-state,” Stafford said. “With how serious these girls take their academics, I think it provides an unbelievable opportunity for young girls to connect.”

Prospective players, as well as other fans, will get an opportunity to visit and get autographs with their favorite players after the game.

“It’s a dream for those youth soccer teams to play Division I. To give kids some hope that one day this could be them, that’s pretty special,” NKU senior Katelyn Newton said.

They will also have players at the game to sign autographs and interact with fans before the game and will be involved in a ceremonial gift exchange with the two college programs before kickoff.

“Anytime you can get fans involved it’s incredible. You’re seeing so much passion with FC Cincinnati and if we can replicate that for UC and NKU it would be a cool thing because there is so much to work with,” Stafford said.

UC will also be offering dollar beverages and dollar hot dogs to all fans during the game on Monday and will have a halftime crossbar challenge.