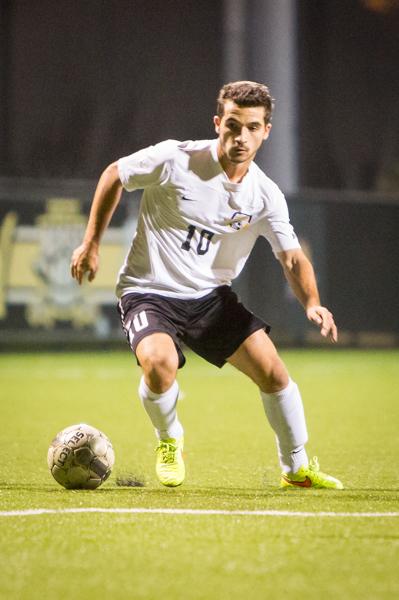 NKU midfielder Diego Martinez had a shot on goal Saturday in NKU's 1-0 loss to UIC.

After a scoreless 90 minutes Saturday, Illinois-Chicago got the game-winner seven minutes into overtime to defeat the NKU men’s soccer team, 1-0.

Jose Fuentes scored his first goal of the season in the 97th minute to end it. Manny Chavez intercepted an NKU clearing attempt and fed Fuentes for the decider.

Johannes Jansen, Diego Martinez, Calvin Murphy and Campbell Morris each had shots for the Norse. All but Jansen put those shots on frame.

After a week off, the Norse return to action 4 p.m. Saturday at NKU Soccer Stadium against Valparaiso. The match will be televised on ESPN3.