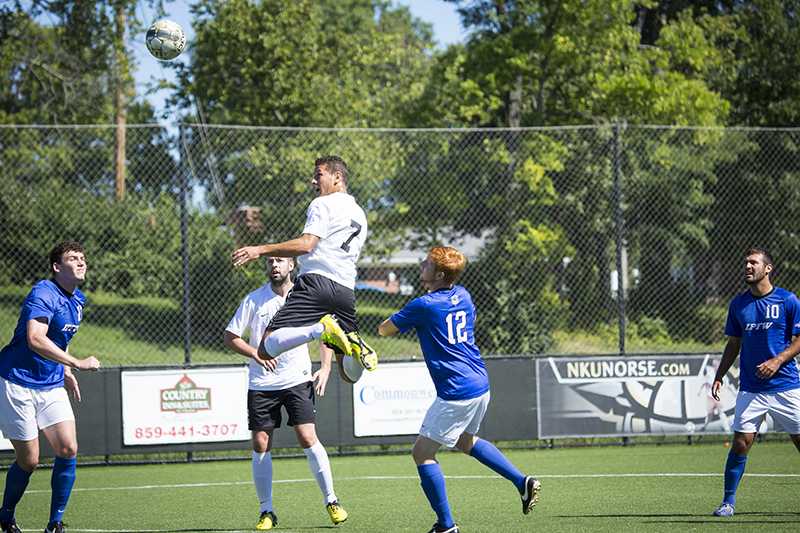 Most students spend their summers in hometowns, interning or just taking a break. However, one student spent his summer captaining a national team.

When Alwin Komolong returned to Papua New Guinea for the summer, he wasn’t planning on taking time off from soccer. Instead, the NKU junior captained the country’s under-23 national squad and led the team to a third place finish in the Pacific Games in July.

The tournament served as an Olympic qualifier and Komolong had the winning header in the final minute, earning the squad the 2-1 victory over Fiji and a bronze medal.

“That was amazing,” Komolong said. “I scored the winner in front of about 10 ,000thousand people so it was really good.”

Besides giving the program its first medal in around 30 years, the victory also had many other repercussions for not only the nation, but for the sport of soccer as well.

“It inspired a lot of people,” Komolong said. “A lot of people are talking about soccer now back home. It also inspired the government to put a lot of money into soccer after seeing our performances. It’s a step in the right direction for soccer back home.”

In spite of his success in Papua New Guinea’s national spotlight, Komolong’s eye is now trained on NKU’s season.

Last year, Komolong was a center midfielder for the team and started all 20 games for the Norse. He also landed his first career assist in the previous season during the squad’s 4-3 win over Wright State.

This year the NKU men’s soccer team boasts a loaded schedule with the squad going up against teams like Cincinnati and Memphis.

Komolong said he’s planning to take some of the skills he’s developed playing internationally to the field this season.

“I’m hoping to take what I’ve learned playing for the national team to NKU. You learn a lot of stuff playing international football,” Komolong said. “It’s different, but there are a lot of positives you can take from it like with the experience, organization, and leadership skills.”

As for his hopes for the season, Komolong wants to be more active on offense and have a chance at finding the net.

“I didn’t get to score last year,” Komolong said. “It’s one of my main goals to actually score and to get more wins as a team.”