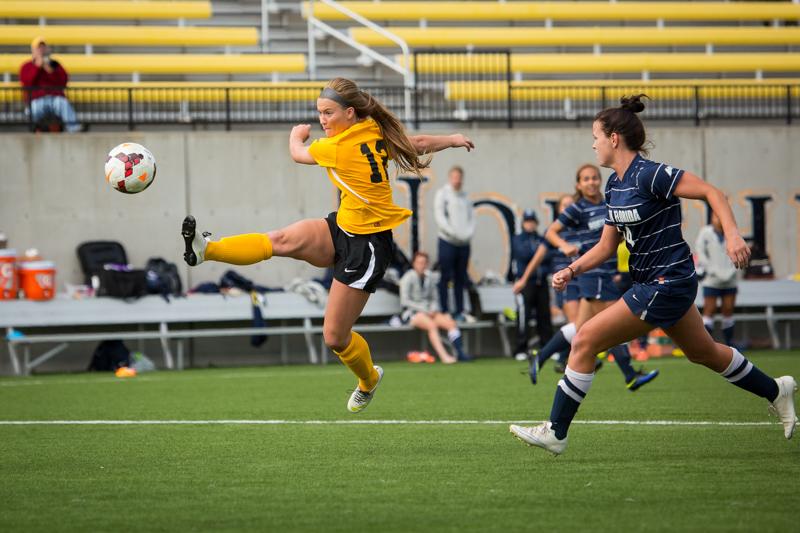 NKU forward Jessica Frey and the Norse will look to beat UC in the inaugural Riverboat Rivalry.

The game will be telecast via the Horizon League Network on ESPN3.

Xavier’s biggest challenge will be finding the back of the net against a stingy NKU defense. The Norse have not allowed a goal in 295 minutes.

Brooke Schocker recorded her first solo shutout of the season against Charleston Southern. She has played just over 321 minutes in net so far this season, recording eight saves.

Macy Hamblin leads in shots with 29 and shots on goal with 15. Jessica Frey leads NKU with three goals.

As for the Musketeers (2-2), they split two games last weekend. They won 2-0 at home against Toledo and lost 2-1 at Morehead State.

Kenadie Carlson is tied with Tori Doss with six points to lead Xavier. Rachel Piccus has been in net for each of Xavier’s four games, tallying 21 saves and a 0.724 save percentage.