Soccer teams off to a hot start 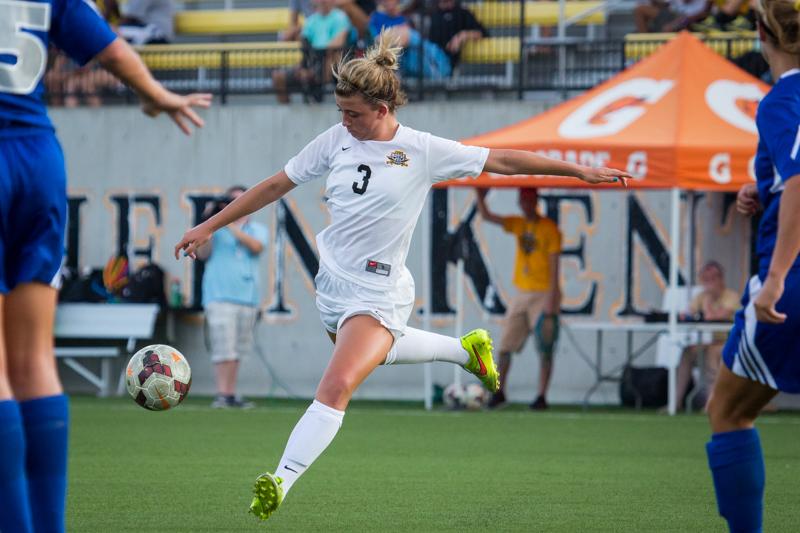 Both the men’s and women’s soccer teams are gearing up for jam packed schedules this fall and both teams have kicked off their year’s proving they’re ready for strong seasons.

NKU’s women’s soccer team started off their season with two exhibition games with a win over the University of Louisville and a tie against Western Kentucky University.

The Norse carried their dominance into the beginning of the regular season picking up two wins on opening weekend against Indiana Purdue-Fort Wayne (3-1) and Eastern Illinois (6-0).

Sophomore forward Jessica Frey had a strong showing for the Norse over the weekend picking up three goals for the team, which earned her the title of the Horizon League Women’s Soccer Offensive Player of the Week.

Ranked fifth in preseason polls, NKU moved to tie for being ranked first after the first weekend of play and at the time of publication.

In their 2015 campaign, NKU is set to face 10 new opponents, six of which will be conference games under the Horizon League.

NKU makes their next appearance on the road Aug. 28 against The Citadel and Aug. 30 against Charleston Southern before returning home to take on Xavier on Sep. 4.

NKU’s men’s soccer team shutout the University of Kentucky in their annual exhibition game on Sunday Aug. 16 after four years of the game ending in a tie.

Gavin Colton’s lone goal came after a free kick from 35 yards out dipping under the cross bar and between the goalie’s hands.

With the addition of six freshmen to the rostor, NKU will look for stabilization with returning players such as Colton, Kobie Qualah, Yaw Addai and A.J. Fleak.

Fleak will return to his position as starting goalie for the Norse. Starting 11 games last season for the team, Fleak faced 150 shots and only allowed 19 goals with a save percentage of .712.

Addai should continue to play strong for the Norse in the midfield having started all 20 games for the team last year and covering much of the field both defensively and offensively.

Kobie Qualah in his sophomore season should prove a strong player for the Norse having appeared in 19 games last season and picking up three goals throughout the season.

Alwin Komolong and Ronald Moss will also be players to keep an eye out for this season.

The Norse kick off their regular season Friday, Aug. 28  by playing just across the river at the University of Cincinnati and won’t play a home game until the end of September when the take on the Belmont Bruins in a conference game Sep. 30.