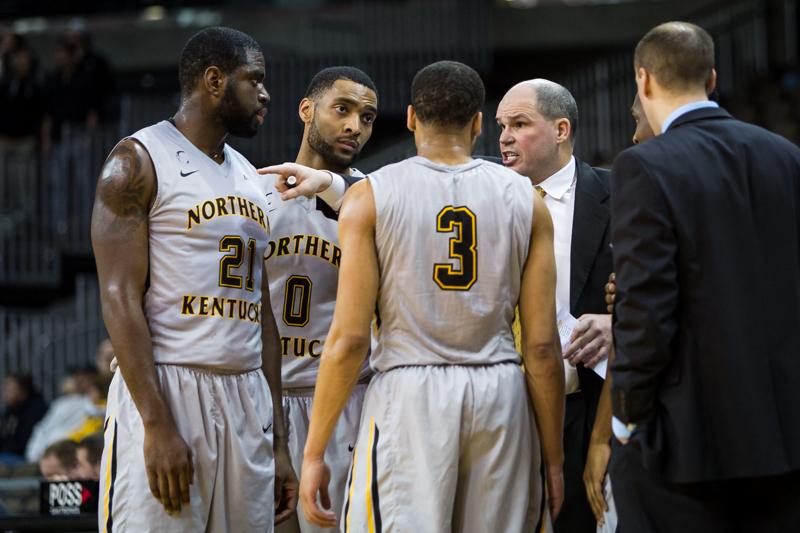 When NKU’s men’s basketball team took on Lipscomb in their first ever Atlantic Sun Conference Championship game on March 3 in a heartbreaking 76-73 loss, no one realized it would be Head Coach Dave Bezold’s last game at the helm of the Norse.

The announcement of Bezold’s release came as a shock to many after a press release from the NKU Athletic Department late Monday, March 16.

“This is difficult given Dave’s role in our university and our community,” Athletic Director Ken Bothof said in the statement. “Dave is a good man and has given much of himself to the development of the young men in our basketball program. I am grateful for his service and wish him and his family well.”

In his time as head coach, Bezold amassed a 194-133 record for the Norse, passing his 300th game as head coach earlier this season when NKU took down North Carolina A&T in a 68-55 victory.

Bezold spent 14 years as assistant coach to Ken Shields and 11 years as head coach of the men’s basketball team at NKU.

While the Norse seemingly were making a turnaround this season going 7-7 in the A-Sun Conference after going 5-13 in conference play last season, they are still 33-57 since making their transition to Division I three years ago, led by Bezold.

In his time at NKU, Bezold has built more than a win-loss record, but also a deep connection with many of his players.

One of the many signs of a connections with his players came before the 2014-15 season when Bezold took to a campus while petition against redshirt junior Jalen Billups in their matchup of #SavetheBeard/#ShavetheBeard.

“I think there’s certain [players] that confirm what you believe, and I think that’s important. I think there’s a number of them early on that you’re like, ‘This is why we do it,’” Bezold said in an interview before this season began. “I think you always are [trying to teach more than just basketball].”

Bezold said then that his players provided just as many learning experiences for him as he did for them.

NKU will immediately begin a nationwide search for a new coach.

We reached out to Bezold but he was not available for comment at the time of publication.