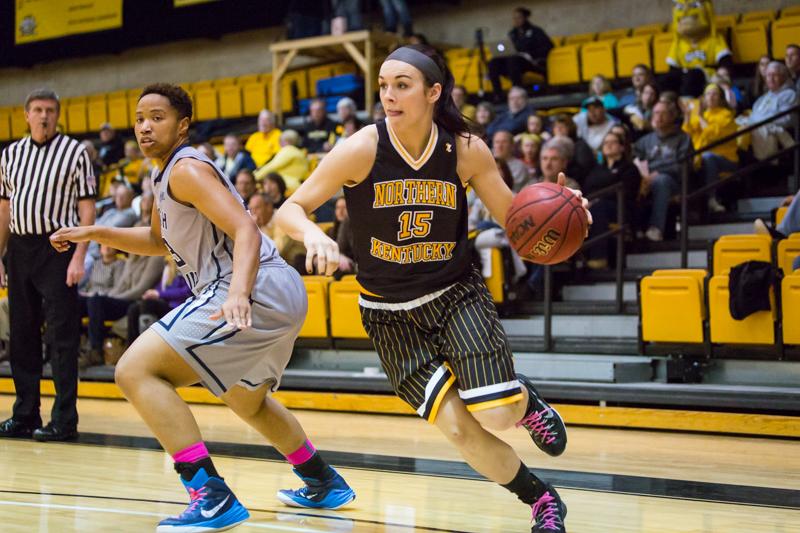 For the first time since transition to Division I NKU is hosting both the men and women’s  Atlantic Sun Conference Tournament games.

With a conflicting schedule with The Bank of Kentucky Center due to a regional boys and girls basketball high school tournament, the game is set to be played in Regents Hall, where Norse Basketball played prior to the BOK Center and haven’t played since its opening in 2008.

According to Dan McIver, senior associate athletic director of business and finance, staff are expecting the crowd to be at capacity for tonight’s men’s game against Lipscomb University.

“There is a capacity of 1,346 at Regents” McIver said. “It could pose some problems, but it will be a tremendous atmosphere.”

In preparation for the historic game, athletics has been working tirelessly since Monday morning moving equipment to the Regents Hall facility.

“For the most part it, was moving a lot of tables and chairs over there,” McIver said. “The main equipment was there, it was mostly the accessories that had to be moved.”

With a more limited number of tickets than usual, only 200 student tickets were made available for free.

According to McIver, several adjustments have been made, given the large crowd and importance of the game.

Both teams will be without the luxury of the more modern BOK Center locker rooms but modifications have been made to ensure that the usual player’s needs are taken care of.

“We had to relocate volleyball and men’s cross country to another locker room” McIver said. “They’re smaller and don’t have game clocks right now. It is an inconvenience but we will make it work.”

Given the multiple entrances to Regents Hall, security requires a lot more staff according to McIver.

“We have to put more people at more entrances to get people to where they need to be,” McIver said.

The Fire Marshall has cleared the facility for it’s anticipated capacity of 1,346.

Without a jumbotron, some promotions will be limited according to McIver. But he hopes that the crowd will create an electric atmosphere.

Tonight’s game will be streamed live on ESPN 3.