A quiet man with high importance 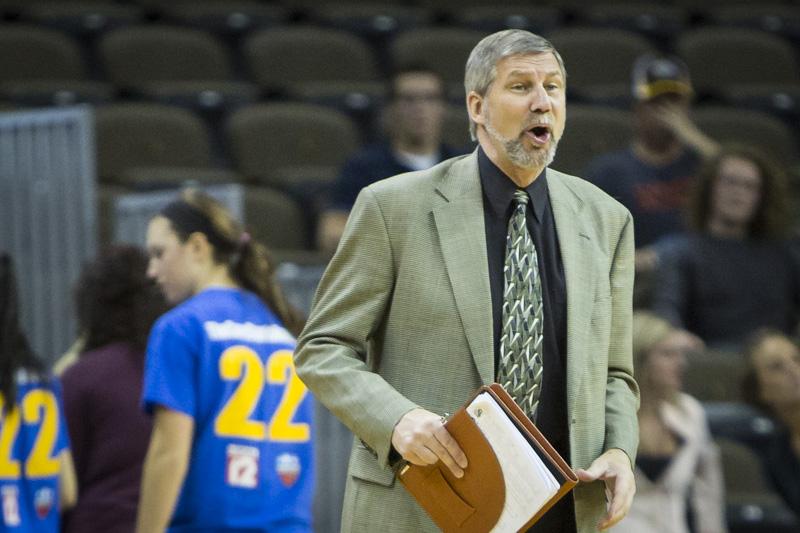 Sitting calmly on the sideline like many assistant coaches is a man whose tranquility is unnerving in its own as the crowd roars in anger.

It probably comes from his 36 years of experience as a coach of one kind or another, but Lynn Plett, assistant coach for NKU’s women’s basketball team, seems to find a peace in the height of the game.

Now serving as assistant coach for NKU for his third season, Plett has been the head of the sideline at Lewis University and Missouri State University for the both schools women’s basketball programs.

Plett ended up at NKU in 2012 after being recruited by longtime friend, women’s basketball Head Coach Dawn Plitzuweit.

Playing against each other at their previous institutions, Plett and Plitzuweit had established a relationship long before coming to NKU together.

“It just kind of happened when she ended up in this position, we had stayed in touch and it worked out that I was able to come here as well and that’s kind of how we got on the same bench after all those years,” Plett said.

Plitzuweit fondly recalled their past relationship and her decision to bring Plett onto her staff.

“When I had a chance to work with him it was a no brainer to make that phone call,” Plitzuweit said.

“A lot of people would ask me are you sure you want to go back to being an assistant coach… and there are many days that I’m glad I’m the assistant coach,” Plett said. “I have to be honest, there are days too when I miss being a head coach.”

Plett says that his experience as head coach has really helped him to appreciate his job more now because the dynamic of his relationship with players is so different now.

“As an assistant coach I can be behind the scenes… So it’s a little bit easier for me to sit back and evaluate things from maybe a non-emotional point of view than it is as a head coach,” Plett said.

Every coach, no matter their ranking, has lessons that they like to instill in players. Plett says he likes to teach his players to not only play hard, but to play smart.

“After doing it for as many years as I have, there are certain things that I think are important, but for me it’s very important to teach players to be intelligent on the floor,” Plett said. “Obviously we want them to play hard, but if we can play hard and also play smart we have an advantage.”

To instill this in players Plett says that he will often pull individual players to the side and have a one-on-one conversation with them to better explain things. u

Plett serves as more than just a coach for the team though also picking up an administrative role for the team more recently being heavily involved with scheduling and making sure the team stays on budget.

Along with his wealth of knowledge, Plett also brings much more to the program according to Plitzuweit.

“He’s a very even-keeled personality, which is really good. When he sees things very objectively, he’s very rational,” Plitzuweit said. “He’s someone who just doesn’t have a bad day. He’s someone who is very easy to work with and fun to be around.”