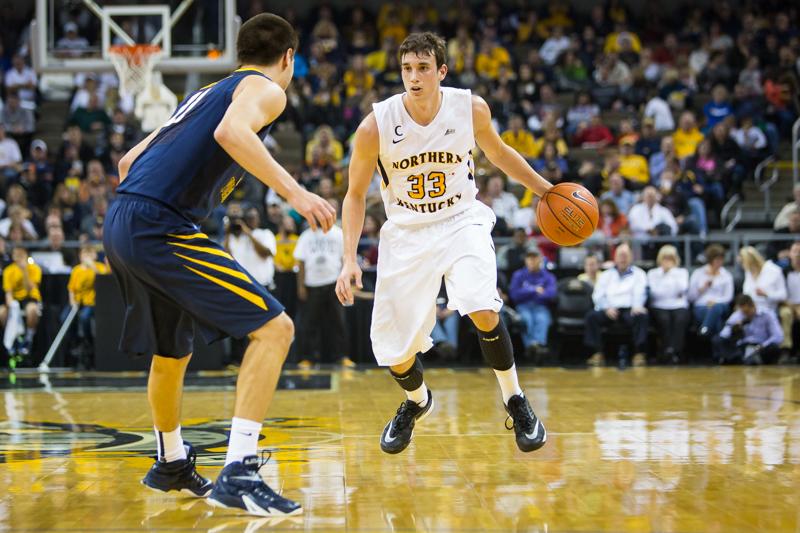 The cold, blistery air keeps most people indoors this time of year as all sorts of viruses seem to go spreadl. Cold and flu season can wreak havoc on anyone, including those on the men’s basketball team.

The season is in full swing and the team has played more away games than home. Constant close contact with people on airplanes, buses and arenas means that the team has to keep their immune systems up, according to Head Coach Dave Bezold.

“One of the hardest things is the travel. When you are on the west coast, we were there so many days, all of a sudden your body clock changes to their time,” Bezold said.

The Norse came back from a six-day road trip over the Thanksgiving holiday in which they lost against Eastern Washington and won against Idaho.

“Sunday we were traveling for 12 hours, whether it be on a plane, or in the airport or on a bus,” Bezold said. “It is difficult, so you just try to tell them to maintain their fluids.”

Sophomore guard Cole Murray said that staying healthy is in the back of his mind and he takes some precautions to prevent an illness from occurring.

“Especially when it gets really cold,” Murray said. “You just start wearing sock heads after practice, making sure you’re eating healthy foods, and drinking the right juices to make sure you are getting the right nutrients.”

It sounds so simple, eat the healthier foods and have a better chance of staying healthy through the season. Murray said eating the right foods before the season begins and all the way throughout the season is the best way to build a strong immune system.

“Normally after I touch something in the airport I wash my hands immediately,” Monaco said.

On top of watching what he eats, Monaco said that he takes a lot of vitamins to keep his body right.

“Lifting keeps you from getting sick as well as protein shakes,” Monaco said.

On the road the players do room with one another, which could cause a spread of germs. According to Monaco and Murray this has never been a problem as the team stays pretty healthy.

“We just have to take the responsibility on ourselves as players to make sure that we’re eating the right foods, getting the right nutrition, so that we can stay in top shape all season and not wear down,” Murray said.

Murray said that the long road trips really aren’t as hard as some may think and that he just battles through it, especially when it gets tough at the end of the season.

“Last year as a freshman, it hit midway through the conference [games],” Murray said.

The longer grind of the college season had Murray hitting somewhat of a wall and according to him he now knows what it will take this season to not have the same thing happen again.