Volleyball picks up 3-1 win over EKU 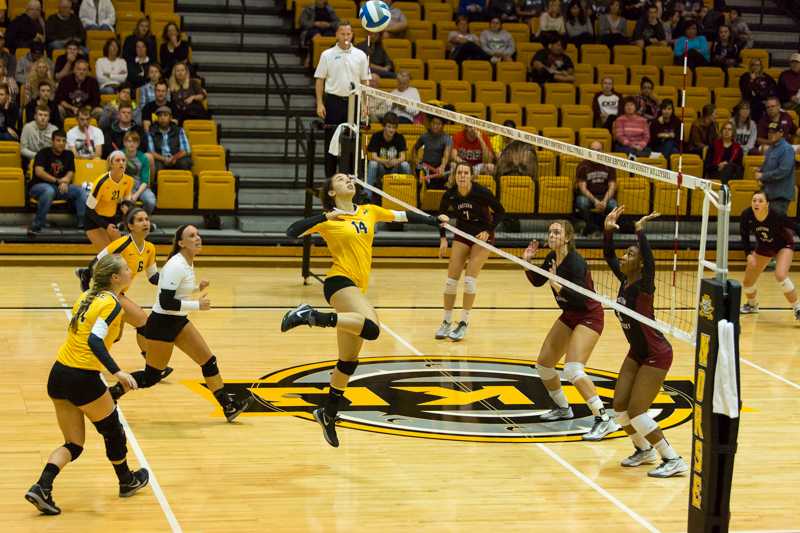 NKU's Keely Creamer goes up to spike the ball over the net. She and the Norse will look to start the season strong tonight vs. Indiana

After losing the first set by eight points, the NKU women’s volleyball team came back to win the next three sets, defeating the EKU 3-1 in a late-season non-conference matchup.

“After the first set, I think we did a really nice job,” NKU Head Coach Liz Hart said. “We started doing a better job passing, starting aggressive, then, eventually our hitters got going.”

The players were equally as excited about the win.

“It started off slow, but it ended up really exciting,” Keely Creamer said. “We really kicked it into gear in those last couple of sets and pulled it off.”

The Colonels dominated the first set, with a hitting percentage of .367, compared to NKU’s .263.

NKU’s Jenna Ruble led the Norse with a .429 hitting percentage and seven total attacks, while Jayden Julian had six kills and 14 total attacks.

“It’s so hard to win a game when you go down 0-2, so we really needed to fight there, especially at the end when it got close,” Hart said. “The third set though, was so much cleaner … As the match went on, we played better and better.”

The Norse came out firing after intermission, dominating the third set, including a six-point run to put the Norse well ahead. EKU never led in the third set.

The fourth set was much closer.

Although NKU started the set on a 4-0 run, EKU stormed back to tie the match at 10-10. The set remained close until and block by Jenna Ruble sent NKU on a five-point run to win the match.

With the win, the Norse’s season record went to 15-7 going into back-to-back matches on Friday and Saturday against Atlantic Sun Conference foes Florida Gulf Coast and Stetson.

“Our momentum the last couple matches has helped our confidence,” Creamer said. “Once we tweak a few things heading into our matches this weekend, I think we’ll do really well.”

Hart says the team is “excited” for this weekend.

“We have two really great teams coming into our home gym,” Hart said. “So, we’re confident, but we know we work to do to get prepared for Florida Gulf Coast and Stetson.”