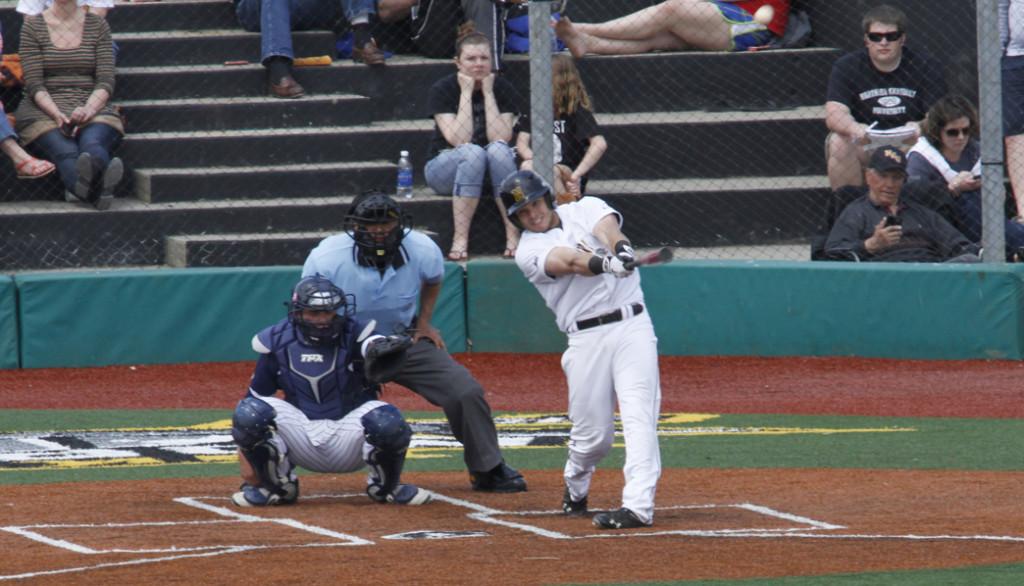 Freshman Kevin Phillips got ETSU going in the second inning with a two-run homerun. Phillips continued to produce two innings later, hitting a double and driving in three runs with the bases loaded in the fourth.

NKU head coach Todd Asalon said the Norse made good contact against ETSU pitcher Logan Rice early in the game, but the hits seemed to find Bucs’ defenders every time.

“I thought we swung the bat pretty good today, and didn’t get a lot to show for it,” he said.

“We’re young and we’re going through some growing pains, but if they compete at the plate, that’s all I ask for.”

The Norse got on the board in the bottom of the fourth inning behind a Cody Kuzniczci sacrifice fly, scoring Bradley Vanderglas to make it 8-1.

ETSU extended their lead to 13-1 before the Norse offense opened up in the bottom of the ninth inning, scoring three runs against ETSU reliever Sam Eichler with no outs.

The loss was the Norse’s third straight to ETSU, giving the Bucs a series sweep.