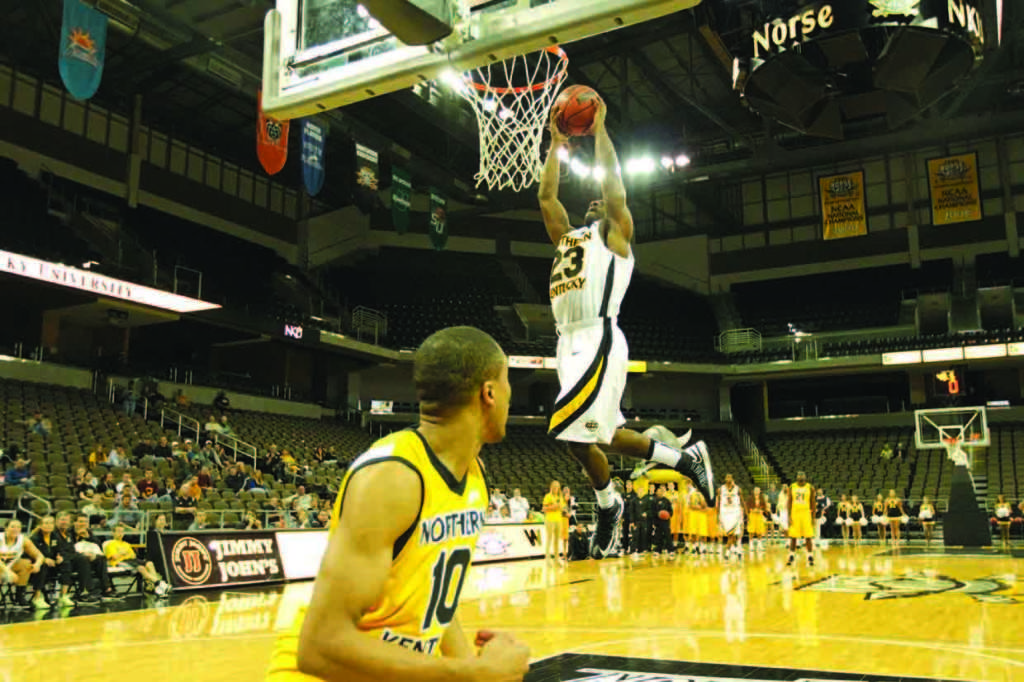 The Norse held its first “Black N Gold Madness” event on Oct. 18, to introduce both the men’s and women’s basketball teams. Fans had the chance to see the squads in action for the first time this year in a scrimmage game. In addition, there were fan giveaways, a dunk contest and a 3-point shootout that fans participated in. The dance team and cheerleading team performed for the crowd.
The event also held an exclusive meeting for season ticketholders to have a chance to ask questions to men’s head coach Dave Bezold and women’s head coach Dawn Plitzuweit.