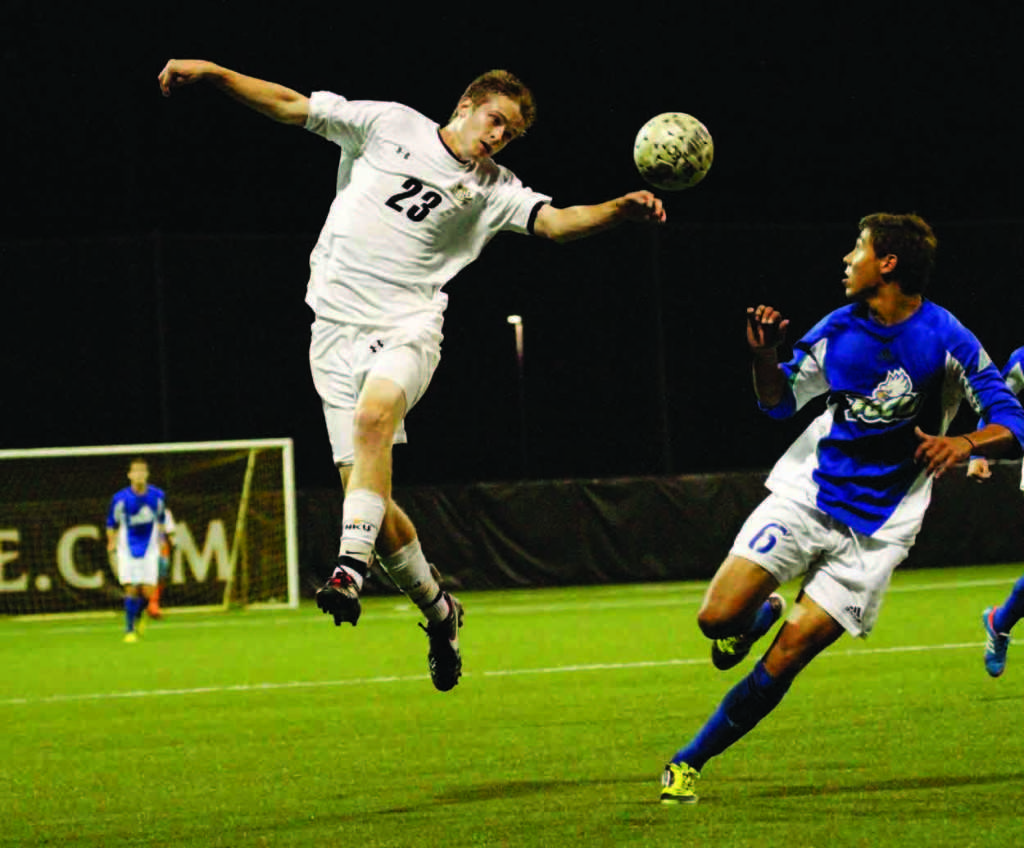 The Northern Kentucky University men’s soccer team competed in its first home games of the season. The Norse tied the two-time defending Atlantic Sun Champions Florida Gulf Coast on Oct. 4. Florida Gulf Coast took the lead in the 32nd minute, but NKU freshman Kevin Walker scored a goal on the 76th minute to tie the score. The teams played two ten-minute overtime periods but neither team was able to score for the win. The Norse defeated Indiana Purdue Fort Wayne, 2-0. on Oct. 9. Junior Brandon Murphy scored in the 14th minute and senior Michael Bartlett scored in the 49th minute for the Norse.
The Northern Kentucky University women’s soccer team lost its final home games of the season. The Norse fell to Kennesaw State, 1-0, on Oct. 5 as the Owls scored a goal in the 79th minute to win the match. NKU lost by the same score on Oct. 7 against Mercer, as the Bears scored in the 4th minute and held on for the victory.