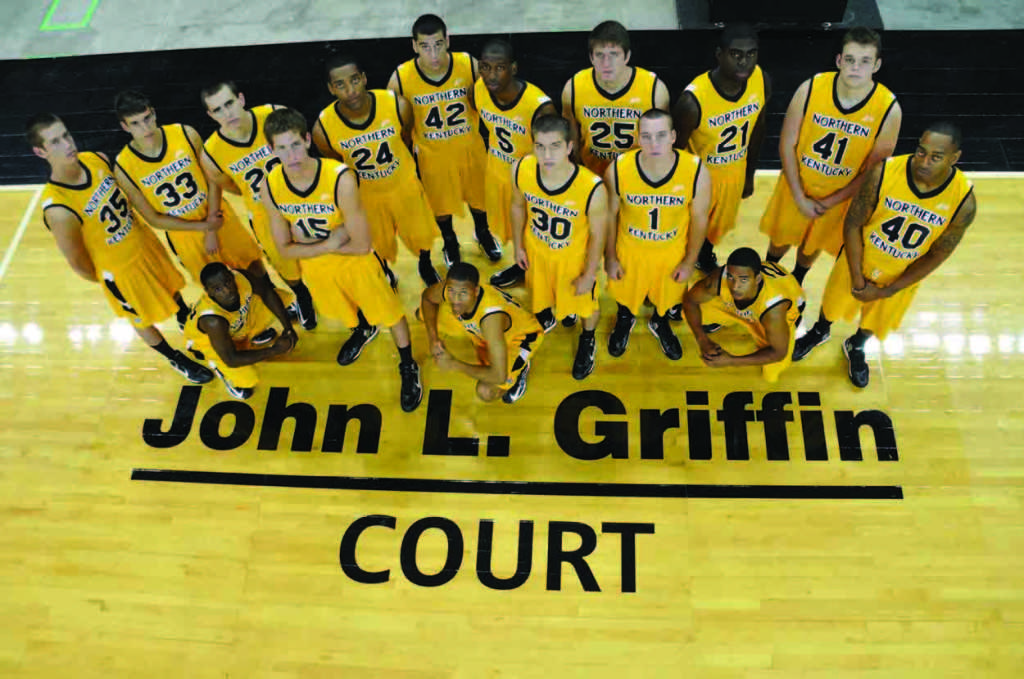 Northern Kentucky University’s men’s and women’s basketball teams will host Black N Gold Madness at The Bank of Kentucky Center on Oct. 18. The event is a live practice that will feature scrimmage games, a dunk contest and a 3-point contest, player introductions and fan giveaways.

Black N Gold Madness is brand new to NKU’s campus, but it is not the first event of its kind. In the past, the university has hosted “Meet the Norse,” exclusively for basketball, and “Halloween Hoopla,” which featured different sports.

Stephanie West, coordinator of athletic marketing, said most Division I institutions have “Madness” events similar to this, to kick off the season.
“It lets our fans see both our men’s and women’s teams, especially with the men not competing here until January,” West said. “This at least gives the fans a preview of what is to come.”
The women’s team’s first home game is set for Nov. 27, against Youngstown State University. The men’s team will not see any action in the BOKC until Jan. 5, when it faces the University of South Carolina Upstate

Men’s basketball head coach Dave Bezold said the event is in an experimental phase, to see how well it works out.
“This is the starting block,” Bezold said. “We’ll get out there and see how the crowd responds. Hopefully, we have a great turnout and we’ll just build it up.”
Bezold said the event is important because it is part of the whole process of attaching NKU to the community and having events on campus for students; as well as spreading the word that the basketball season is right around the corner.

“Campuses need these events for student involvement and student excitement; and for them to have opportunities to go out and do things and attach themselves to different groups; whatever it may be,” Bezold said.

Bezold said he is looking forward to his team getting out on the floor in front of the crowd and that the event gives people a more up close and personal feeling. He said he is not sure if any recruits will be in the house, but hopes it will eventually happen.

“It’s an event where hopefully in the future we do that,” Bezold said. “Hopefully that works out and it is able to help us show off our campus and student involvement, participation and excitement, and hopefully it carries over to the games.”

Some universities have special guests, like celebrities or alumni, who come to the practice, which NKU hopes to do in the future.
“I wish we did right now, but it’s one of those things where we’re just looking to see the response and see some different areas to grow in and to make it attractive to the students to have a fun night,” Bezold said.

Admission is free for the event and doors open at 6:00 p.m. Season ticket holders will have exclusive access to “Chalk Talk” in The Vault at 6: 30 p.m., which gives them a chance to ask questions about the teams to both head coaches. In addition, “I Bleed Black N Gold” T-shirts will be distributed to the first 500 NKU students. Norse Force members will have the option to pick up the shirts in advance.