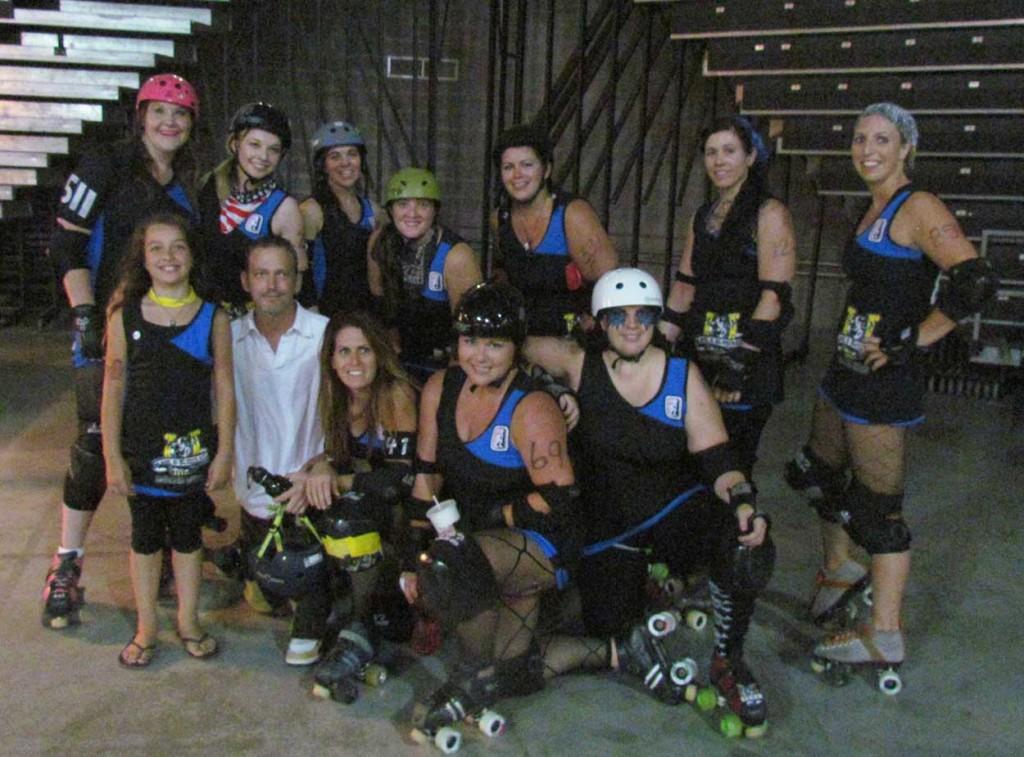 Black-n-Bluegrass Rollergirls (BBRG) competed at the Bank of Kentucky Center on Sept. 22 in a doubleheader.
In the first match, the BBRG Shiners went up against the Gem City Rollergirls, based out of Dayton, Ohio. Gem City won the contest 256-93. The score was close early as Gem City held a 45-35 lead, but Gem City pulled away in the first half to take a 132-51 lead and never looked back.

In the second match, BBRG went up against the Rollergirls of Southern Indiana. Black-n-Bluegrass won the bout 182-81. The team got off to a good start by taking a 36-0 lead and ran with it.
The bouts were the last home event of the regular season, and Black-n-Bluegrass said goodbye to seven skaters.
“We have a lot of players leaving so it was very emotional,” coach David Phillips said. “The plays were ran really well. They did what we’ve been doing and had fun doing it.”
One of the players leaving is jammer Michelle “Smashin’ Punk’n” Cravens.

“It is very bittersweet,” Cravens said. “It is sad to close off, but I am so happy to be able to sleep now. I had a lot of fun and that was what it was all about.”
Jammer Debbie “Neva Shakeababy” Scheibly led the way for Black-n-Bluegrass, helping the team get off to a good start.
“Our blockers worked well and stayed together,” Scheibly said. “The blockers helped the jammers so it was a team effort. It may have looked like a lot of chaos but there was a lot strategy.”