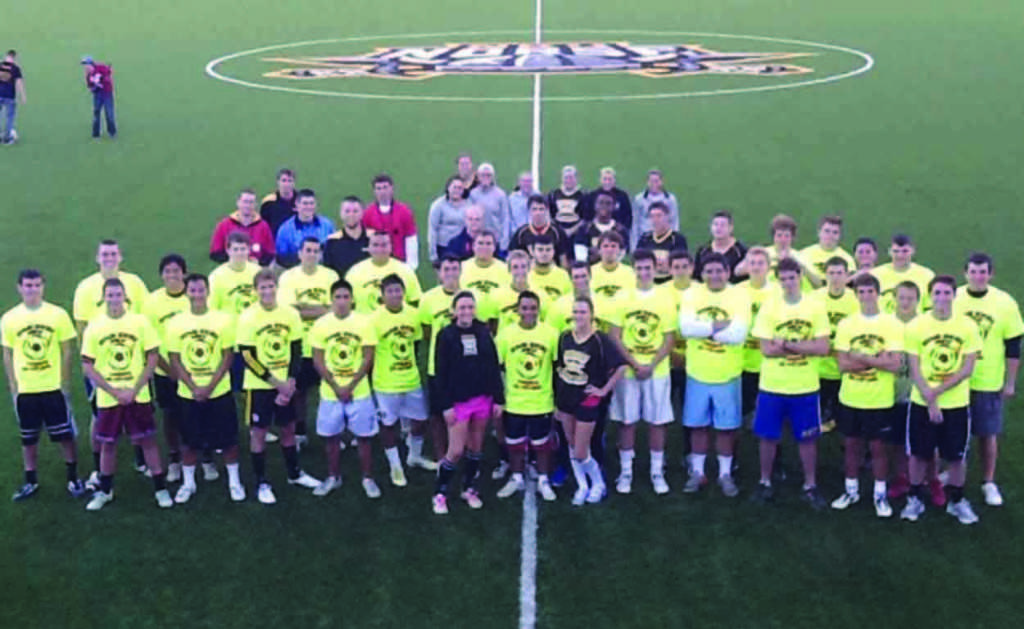 Northern Kentucky University Intramurals and the Office of Latino Student Affairs worked together to host the first ever Hispanic Heritage soccer tournament at the NKU Soccer Stadium on Sept. 18.
Jeremy Chipman, coordinator for Intramural Sports and Outdoor Adventure Programs, said that the tournament was put on in an effort for several departments to work together in celebrating Hispanic Heritage Month.
“It’s really driven to collaborate with other departments on campus,” he said. “Soccer is huge, and we wanted to do something with Latino Student Affairs, so we decided on a small soccer tournament during Hispanic Heritage Month.”

Even with the focus on Hispanic heritage, students of all backgrounds participated on the 30 teams that were registered. There were teams comprised of international students, Greek students and independent students.

The tournament had men’s and women’s brackets, and the format was 3-on-3, meaning the game was significantly different than normal soccer.

“It’s more focused on your foot skills, and there’s no goalie,” Chipman said. “It makes it a different type of game than what players are used to.”

Natalie Wolfer, a member of the winning women’s team and in the Delta Zeta sorority, echoed Chipman’s sentiments. She said that the “touch-and-go” game is more exhausting due to constant sprinting on the short field. Kara Giesting, Wolfer’s teammate who is also in Delta Zeta, agreed.

“It’s give-and-go. You can’t really stand around, otherwise no one is going to get anything done,” Giesting said.
Despite the smaller format perhaps causing questions among interested students, Chipman was pleased with the event’s turnout and is hopeful for its future.
“I’m hoping now that everyone has kind of gotten the idea of what’s going on with the 3-on-3, more teams will come out next year and play,” he said.