NKU grabs its first win in the Atlantic Sun 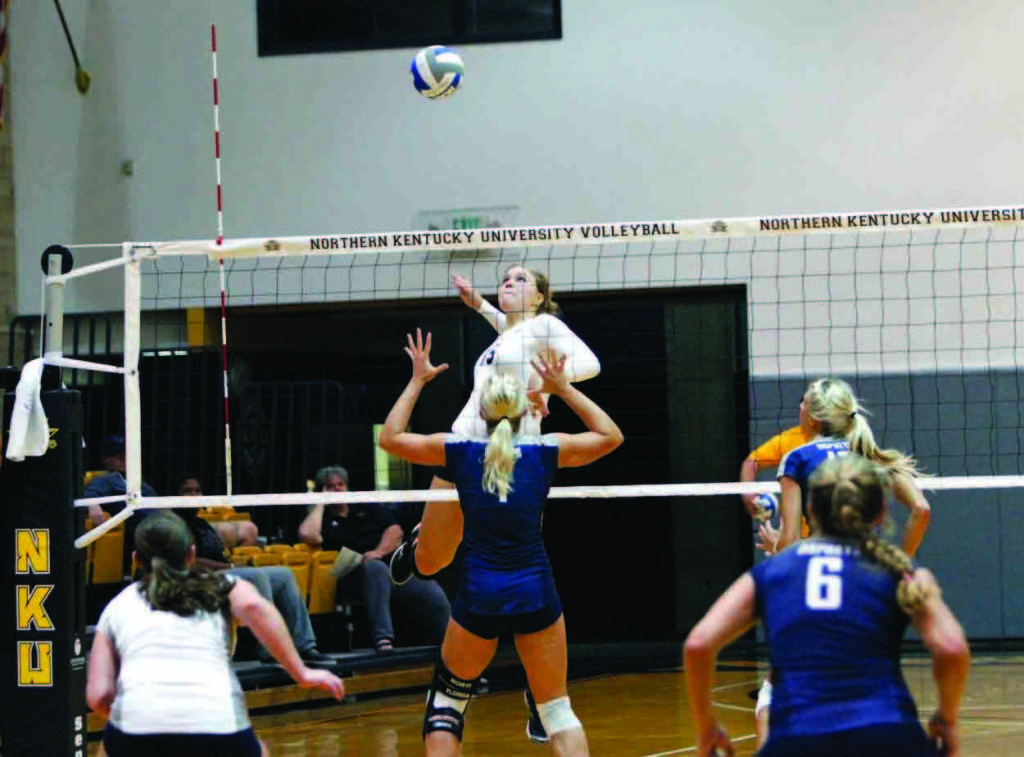 Each team demonstrated a valiant effort during the first game; keeping the score virtually even until 10-10, when NKU began to pull away. NKU senior setter Kelly Morrissey and senior middle hitter Shelby Buschur each had four kills.

NKU lead early in the second set and held it for the majority of the game. Northern Florida would not give up, hopping back in front 20-19, eventually winning the game by four. UNF middle blocker Medina Dagnija had five kills.

The third set went back and forth between the two teams, until NKU finally gained a 5-point advantage, 24-19, then scored one more point to take the third set. Buschur had eight kills of 14 attacks.

Both teams fought hard in the final set, but NKU was able to secure the victory 25-19, winning the match 3-1.

Buschur finished with 22 kills and 39 attacks. She also earned her 1000th career kill and was presented with a cake, post-game.

“I think losing to Lipscomb set a fire under us and we really wanted to finish this time,” Buschur said. “We played really well against Lipscomb. We just couldn’t finish and I think we focused on that in practice this week.”

“Shelby did a phenomenal job,” Hart said. “Our defense did a really good job. I’m really glad about the team effort tonight.”

UNF head coach Steve Loeswick said his team made great individual plays, but the match did not go as he expected.

“I thought Northern Kentucky controlled the tempo of the match a little more than I would have liked,” Loeswick said.