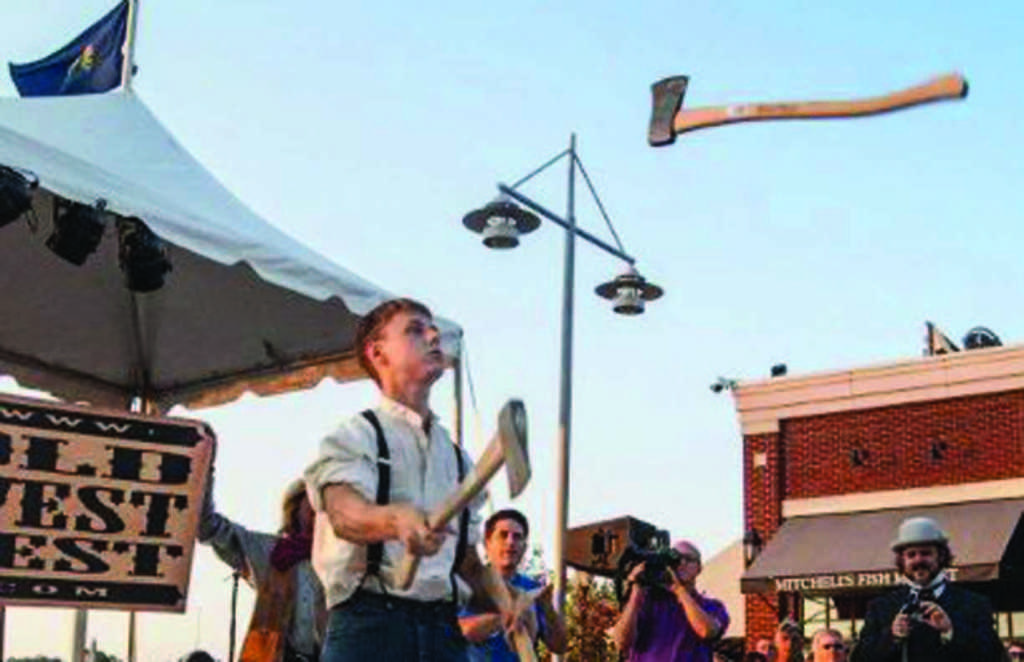 Northern Kentucky University senior marketing major Erik Kloeker broke his third world record by juggling axes with a total of 86 catches on Aug. 30 at Newport on the Levee. He also holds world records for upside-down juggling and being the youngest sword swallower.

Kloeker started juggling in 2003 after he saw an act at the state fair that had a couple of jugglers in it.
“I just thought to myself, I can do that,” Kloeker said. “So I went home and started practicing.”

Kloeker is also a member of Pickled Brothers Circus, which his brother started.

Kloeker has broken the upside-down juggling record in three different countries. The Guinness World Records TV show brought him to Italy and China to re-break the record there.

Kloeker said getting in touch with Guinness was a long process.

“They are a hard company to get a hold of,” Kloeker said. “Eventually, an agent contacted us and was looking for people who have broken world records and they found our website.”

Kloeker’s brother, Travis Fessler, said Eric has been juggling since he was about 13 years old.

“All that leads up to this,” Fessler said. “He has been training almost every day since he started juggling.”
Fessler said Pickled Brothers Circus does these shows to get publicity for upcoming events.