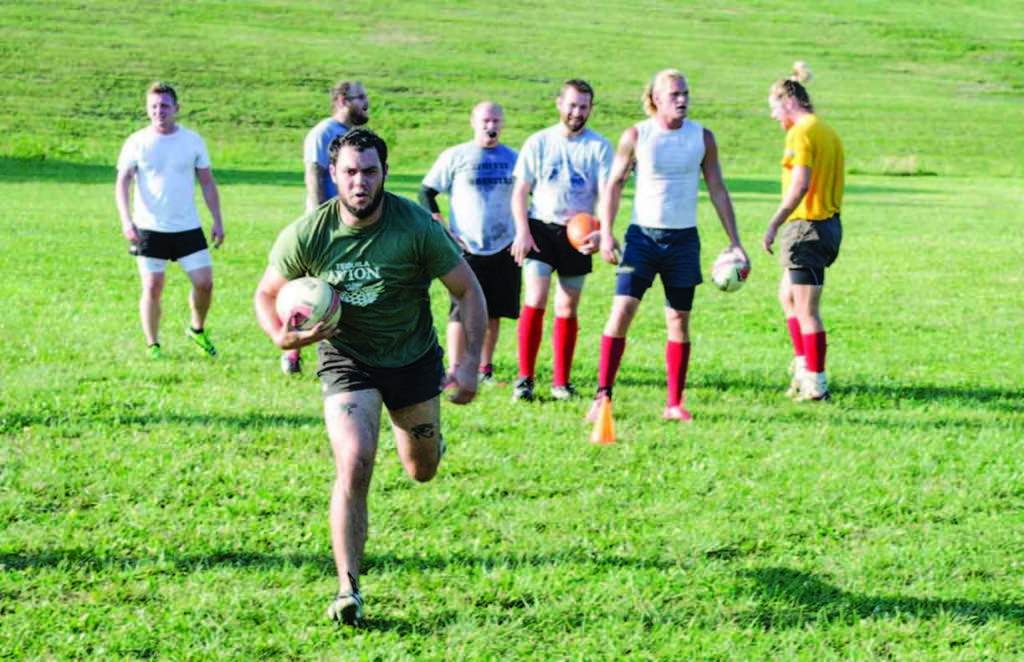 Members of the Northern Kentucky Grubs Rugby Football club are preparing for their upcoming season and although the team is not affiliated with Northern Kentucky University, the team consists of several players who are current or former NKU students.

The Grubs are a member of the Ohio Rugby Union and started play in fall 2004. Chris Libbert will coach the team for the first time this year since he last coached the Grubs seven years ago. Libbert said his main focus is to get familiar with his team and prepare them for their first game.

“I want to give them a crash course in a very short time to get them ready for the first game,” Libbert said. “I’ve been around rugby for 20 plus years and I’m going to dump as much knowledge on them as I can.”

According to NKU senior psychology major Bryan Snapp, the team has been in the rebuilding process the last few years after some of the veteran players left the team and have been replaced with younger players who are new to the sport.

“I started off knowing nothing about rugby and became a player under the older guys,” Snapp said. “The older guys have left and now I’m teaching the younger ones.”
Another player who has been around the sport for a while is NKU junior Eric Wright, who is majoring in business/entrepreneurship. He has played for the Grubs for close to six years and was a member of the first Northern Kentucky Gentlemen team, which consisted of high school players in the area.

“I want to help the young guys catch up to us and get on the same page. And also to utilize our new coach who has years and years of experience,” Wright said.
One of the newcomers to the team is Charlie Cornett, a freshman at NKU majoring in entrepreneurship. Cornett said he wrestled and played football in high school and saw rugby as a sport that may come naturally to him.

“I had no idea what I was getting myself into. I just wanted a sport to do. I think I’m catching on pretty quick,” Cornett said.
The Grubs play their home games at Cline Elementary School in Cold Spring, Ky. They will start their season with two home games against Queen City on Sept. 15 and Rugby Ranch on Sept. 22.

Snapp and Wright are in the process of getting a rugby group formed on campus. Wright said they wanted to “expand both the knowledge of rugby and the team’s fan base.”
There have been attempts to get a NKU rugby club team in the past, but none have exceeded. Snapp said it would be hard to find enough people to play for a team, but there might be a chance for one down the road after the group has started to expand interest and involvement.

For more information on the rugby group, contact Wright at wrighte2@nku.edu or Snapp at snappb1@nku.edu.