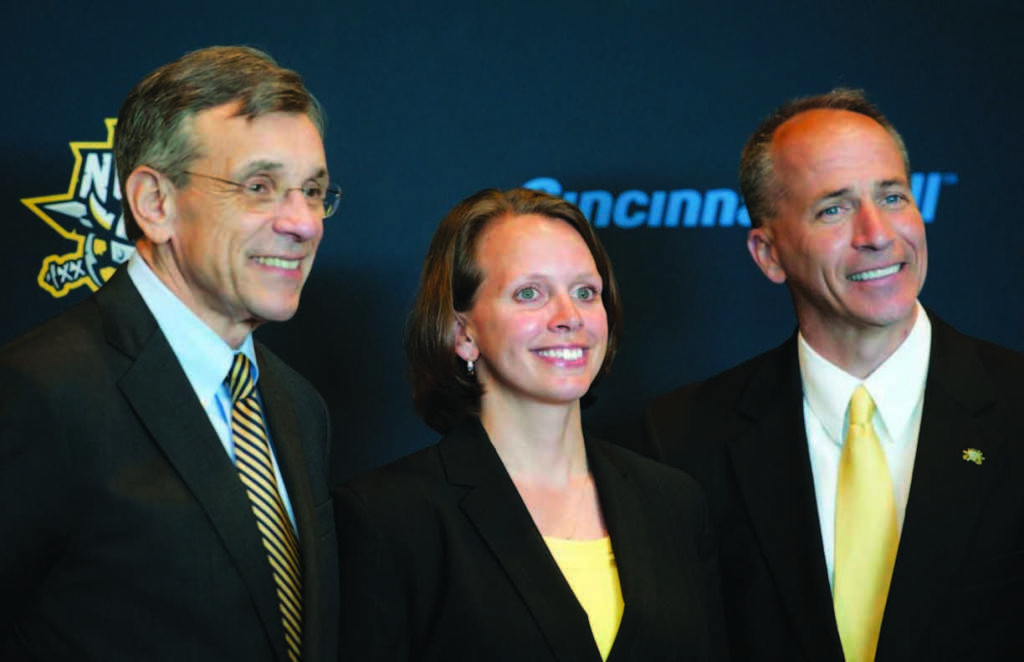 A new era begins on the sidelines for women’s basketball at Northern Kentucky University with a new head coach, two new assistant coaches and a new division.
Karmen Graham is the only coach on the staff from last season. Also, the team had four starters graduate in the spring.

Dawn Plitzuweit, who was named the head coach in May after the retirement of Nancy Winstel, has spent the last five years in Ann Arbor, Mich. as the associate head coach at the University of Michigan.

NKU’s former president, James Votruba came from Michigan State.
Plitzuweit will bring a new strategy to the program, she said “our offensive mentality is similar, attacking the rims, but defensively we will have more full court pressure.” She is the fourth coach in women’s basketball history at NKU.

Away from the court, there are other things to focus on as well. Plitzuweit said “I want to be our best on a daily basis and help educate our players.”
New assistant coach Lynn Plett and the rest of the coaching staff want the athletes to be the best people and the best individuals they can be.
Like Plitzuweit, Courtney Boylan, another of the three assistant coaches, played for the University of Michigan, which made the NCAA Tournament last season.
Boylan said, “Plitzuweit is a fantastic asset. She helped Michigan from the bottom of the conference to the top of the Big Ten.”
The women’s basketball team at NKU will start the season with four road games.

According to Boylan the team now has 15 scholarships, and has already brought players on. The team will also be holding open tryouts.