Division I becomes reality for university 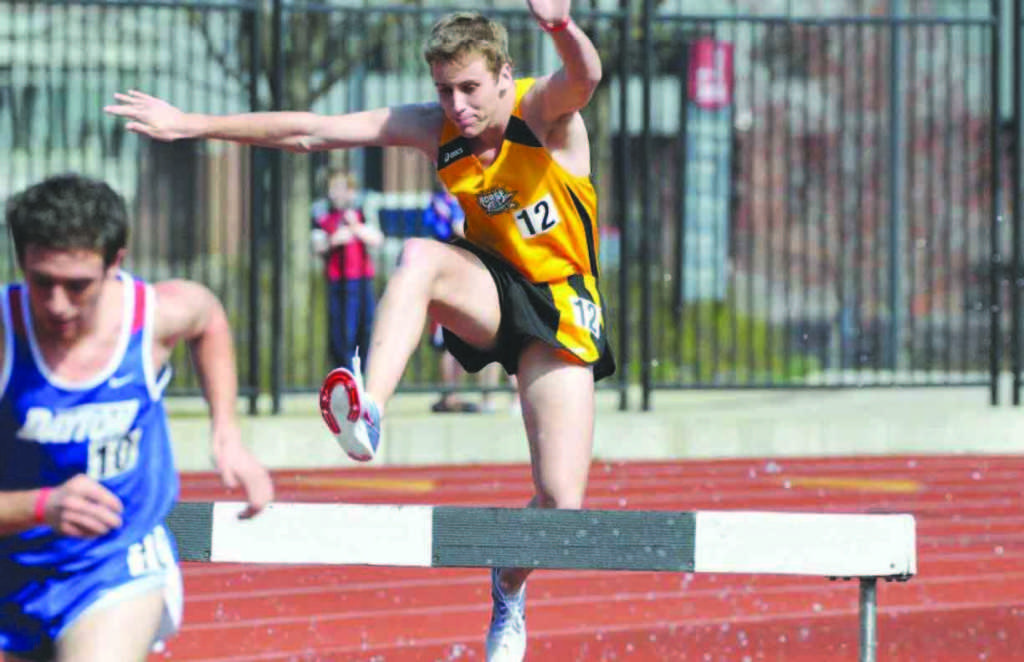 It has been a long time in the making, but Northern Kentucky University has finally started its journey into the world of Division I and so far the transition has been smooth for the most part, according to the Norse staff.

Chris Cole, director of marketing and communication, said the move to Division I was “years and years” in the making, but when the university focused its attention on the Atlantic Sun, it went quickly and smoothly.

“Once the decision was made to really focus our energies on the Atlantic Sun, within just a few days, we were able to get them to our campus for a visit,” Cole said. “They were really impressed by our facilities and programs.”

Cole said that there are always difficulties, but this move has been in the works for a long time.
“We have always said we were not going to make this move until we could do it the right way,” Cole said. “Part of that meant that we could do it in a way to minimize the growing pains and transitional difficulties.”

According to Cole, scheduling has been a challenge because in the past, NKU could make multi-year deals with teams and have a set of peers to schedule regularly.
“We are the new guys in town,” Cole said. “We are trying to find opponents that are really interested and excited about playing us across the board.”
Men’s basketball head coach Dave Bezold said some of the scheduling difficulties are because of how the NCAA labels NKU as a non-counter. Non-counters are teams that are not considered Division I. In Division I, teams are only allowed to have two non-counter opponents on their schedule.
“We are not considered D-I this upcoming year because of the transition,” Bezold said. “Some conferences don’t let you play any [non-counters] and it is not a NCAA thing. It is very challenging because a lot of teams play non-counters in their exhibition games.”

According to Bezold, after the first year, NKU will be on the Division I list as a counter, so it will be easy to schedule from that point forward.
Bezold said his assistant, Kevin Schappell, did a heck of a job piecing together a schedule and the Atlantic Sun Conference also helped out.
“If the A-Sun didn’t get us a conference schedule, we’d be lucky to have just four or five Division I games all year, so we are very fortunate,” Bezold said.
NKU brought in some new staff members before making the announcement and there is still hiring going on to fill in the pieces, but there has not been a panic or rush to do anything to be ready, according to Cole.

Cole also said that even though the transition has been way smoother than he could have ever hoped, it is hard to predict what is going to happen tomorrow.
“That doesn’t mean Scott Eaton, Sports Information, and I haven’t spent long hours and long nights at the desks,” he said.

Cole said NKU will be doing more marketing than it has ever done to promote games both on campus and off campus. But, in order for this transition to be successful, NKU needs students, alumni and the community at the games.
Cole said athletics is the front door to an institution and the primary public access point.

“When people think about any institution in America, the first thing they probably think about is the athletic program,” Cole said. “You’ll see our athletics begin to shift from college athletics to entertainment. It is still college athletics and it always will be, but when you are at the games, there will be more promotions.”
According to Bezold, some of the other challenges are operating through the Division I manual.

Bezold said some of the positive factors NKU has experienced with the move are that the coaching staff is able to talk to more high school kids and they have been very receptive.

“Our location and facility are fantastic, so we are actually able to have people call us back and talk to us,” Bezold said. “It is every kid’s dream to play Division I basketball.”

One of the negative factors of the move is the inability to play in the conference tournament or NCAA tournament because of the transition.
“Once some kids hear that, they knock us off the list,” Bezold said. “For the most part we have been pretty fortunate so far. It has only affected a few of the kids that were very interested.”

NKU Athletic Director Scott Eaton said NKU already has a number of great commitments from the 2013 class. And at the Division I level, coaches are actually recruiting classes and classes out further than that.

Eaton said the administrative staff has had quite a lot to learn and adjust to as far as what it can and cannot do.
“It has been a learning experience, but we have been very successful in what we have done,” Eaton said.
Some other challenges at the Division I level include an increase in expenses.

“We set up a financial plan, but we are out there pounding the pavement, trying to increase athletic revenues,” Eaton said. “We have been working hard on a campaign trying to solicit donations.”

NKU recently signed a contract with Nelligan Sports Marketing group to help sell sponsorships, not only for NKU, but also The Bank of Kentucky Center.
Eaton said NKU is just now in the beginning stages of that collaboration and partnership.