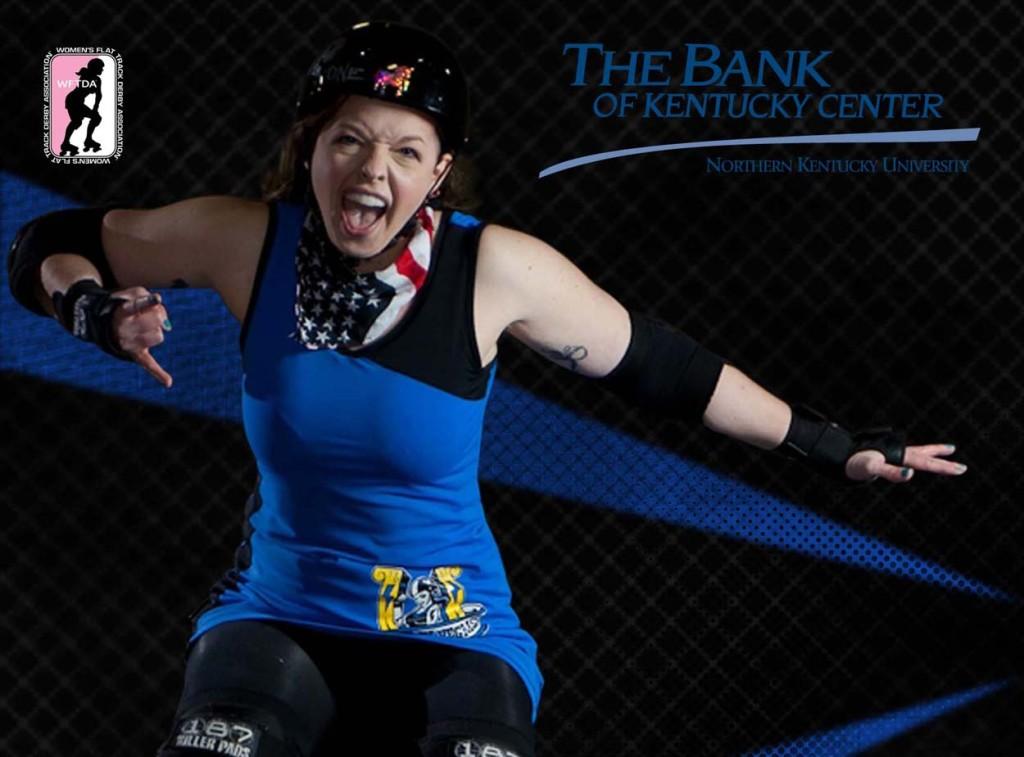 According to blocker Silverose, the exhibition will be a trial run to get the staff figured out and to become familiar with the BOKC, as well as to make a presence within the area.
For people who are not familiar with the roller derby, Silverose explained it as a “fast-action, hard-hitting, full-contact type of sport.”
“It takes a little while to learn the rules, but there is Roller Derby 101 in the programs,” Silverose said.

This marks the first time the team will compete in its new home in Highland Heights, Ky. The actual season begins May 19 and will consist of five home games, to be played through September, plus away games. The BOKC will also be the location of the post-season tournament in October.

The team previously competed at Midwest Sports Complex in Florence, Ky. and the Florence Fundome. But, as the team continued to grow, so did the need for a larger venue.
Jammer/blocker Petal to the Metal said competing in the BOKC will definitely be different, but she thinks the team will be fine.

“Past venues have been a lot more intimate, where the fans can be a lot closer,” Petal to the Metal said. “I don’t think it’s a bad thing. That was just always one of the pluses of being in a smaller venue.”

Although the setting may not be as intimate as it would be in a smaller venue, there will be floor seating available for fans to get up close and personal to the action, even if it means that they could be catching a skater in their lap.

Petal to the Medal said competing in the BOKC will allow more people to fill the stands.

“I think people will be able to see the action better as well because of the arena seating,” she said.

Jammer Beka Rekanize said the big challenge in switching venues will be helping to inform the current fan base that the team will be moving to a different place.
“We’re really excited about it,” Beka Rekanize said. “It’s a big change for us. We’ve had to do a little more work promoting ourselves.”

Black-n-Bluegrass has currently been planning promotional and fundraising events as well as working with nonprofit organizations to raise money for traveling and to spread awareness in the community about the upcoming season.

The team will not only be competing in a new venue, but it also switched to a new practice location as well.
“It’s been a good change but it’s a little harder financially and it takes a lot more work on everybody’s part,” Petal to the Metal said.
Pedal to the Metal said she is looking for a successful 2012 season.

“We came out of 2011 on a winning season and I really believe we can continue that,” Petal to the Metal said. “We have a lot of great strategies, our coach is really good and we have a lot of committed girls who are very talented.”

Black-n-Bluegrass joined the Women’s Flat Track Derby Association as a full member in March 2012, after competing in the Women’s Flat Track Derby Association Apprentice Program since April 2010.
Presale tickets for regular season bouts will be $12, but regular admission is $15 at the door. For more information about Black-n-Bluegrass events, check out www.nkyrollerderby.com.