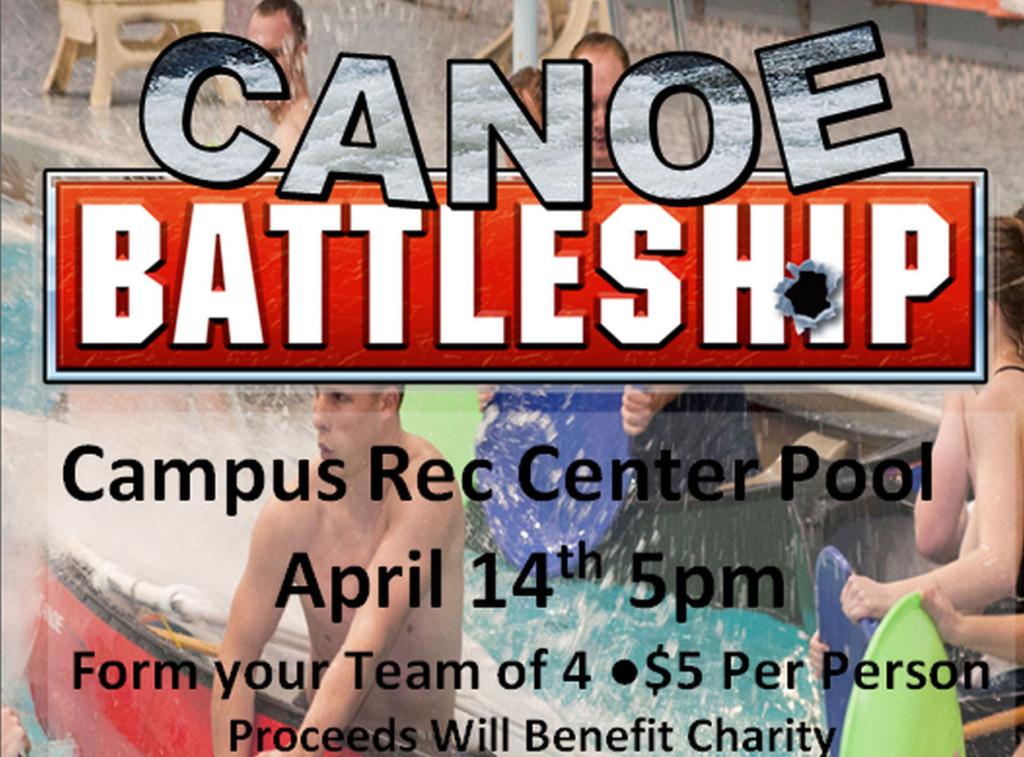 The popular board game Battleship has been brought to life at Northern Kentucky University as the Campus Recreation Center prepares to host its newest tournament.

The NKU Canoe Battleship tournament, which is being sponsored by the Vertical Frontier Climbing Club, will take place in the recreation center’s pool on April 14. The event will be a last man standing competition, as teams of four members try to sink the opposing canoes in the pool. The method of sinking the opponents’ canoes will be in the form of dumping buckets of pool water into the hull of the canoes.

Vertical Frontier Climbing Club founder Brittany Lewin said the members of the club got the idea for the tournament from Wright State University.

“We went up there to compete in an Adventure Summit event, and our president Erik Kloeker found out about it while it was going on,” Lewin said. “He wanted to bring it back down here afterwards.”
Club safety officer Robby Hansen and Kloeker said that while the tournament is based off the popular board game, the only true similarities they share are the use of boats and the object of sinking them.

“Other than that though, it is completely unorganized and crazy once you get started,” Hansen said.

“I actually know a lot of people with Parkinson’s disease, including my dad,” Lewin said. “I wanted to make sure there was some way we could help endorse the funding for those local foundations.”
The members of the Vertical Frontier Climbing Club not only hope for a large turnout for the event, but also to inform more students about the club and what they do. Lewin hopes that with a successful event, students will want to find out what else the club offers.

“We’re trying to ignite that excitement and passion that we all share together in the club within other students,” Lewin said. “I don’t think too many people in the community are aware of the opportunities for adventure they have right at their fingertips.”

To find out more about the NKU Canoe Battleship tournament and the Vertical Frontier Climbing Club, visit their website at http://vfcc.weebly.com/index.html. Stephen Wilder contributed to this story.