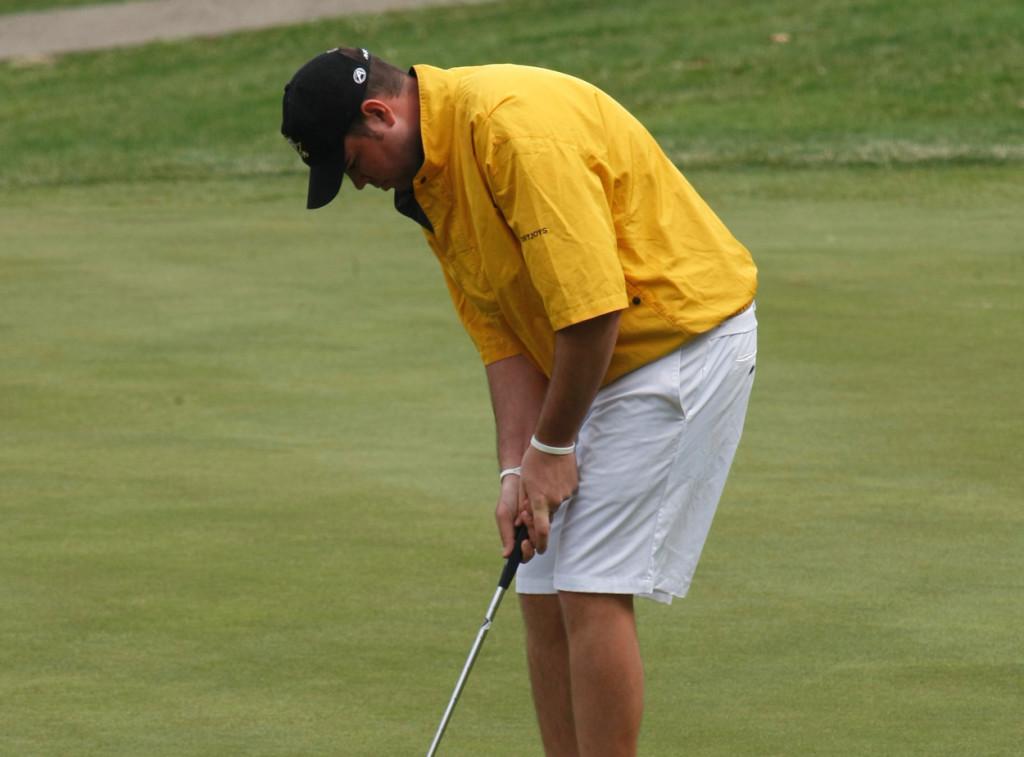 In the final Division II Golf Coaches Association of America poll for the fall season on Nov. 23, NKU came in at No. 41 behind conference rival Indianapolis, who was No. 28.
“I am very happy with the fall season, but the spring season counts twice as much,” Head Coach Daryl Landrum said.

Leading the way for the Norse in the fall was junior Steve Rickels, who finished second in the GLVC with a 72.8 scoring average, only a tenth behind the leader. Landrum said that Rickels’ consistency was fantastic and that he “played solid steady golf.”

Three more NKU men golfers finished in the top 10 in the GLVC in scoring average. Senior Ryan Hines (73.6) was fourth, freshman Zach Wright (73.9) placed sixth and sophomore Corey Richmond (74.5) came in ninth for the Norse. Hines only played seven rounds of competition because he was working on changing his swing.

“I just made my swing a little flatter, which made me hit the ball lower,” Hines said. “And I became more consistent.”

The men’s team will look to go back to the NCAA Division II Midwest/South Central Regional, where they tied for seventh place last year.
The women’s team finished the fall season with a 327.9 scoring average, which was fifth in the GLVC.

“We started real slow, as we were young,” Landrum said. “We continued to get better, and by the end we played some solid golf and had some solid tournaments.”
The team was led by junior Rachel Brown, who finished 15th with a 80.5 scoring average, while freshman Taylor Wogenstahl was 21st with a 81.8.
Landrum said Brown is “definitely the most consistent,” and most “seasoned golfer on the team.”

Brown qualified for the NCAA Division II East Region Tournament last year and finished the 54-hole event with a score of 244 (+28), which tied for 12th place.
“My goal is to make it to regionals again, and I will have to lower my scoring average,” Brown said. “I would like to average in the 70s.”
The men will start the spring season at The Shootout in Arizona at Aguila Golf Course in Phoenix, Ariz. The match will take place March 8-9. The women will play in the Red Rock Invitation at Oak Creek County Club in Sedona, Ariz. from March 3-4.

“We are looking forward to playing in the desert and getting in four rounds of golf and practice time,” Landrum said.