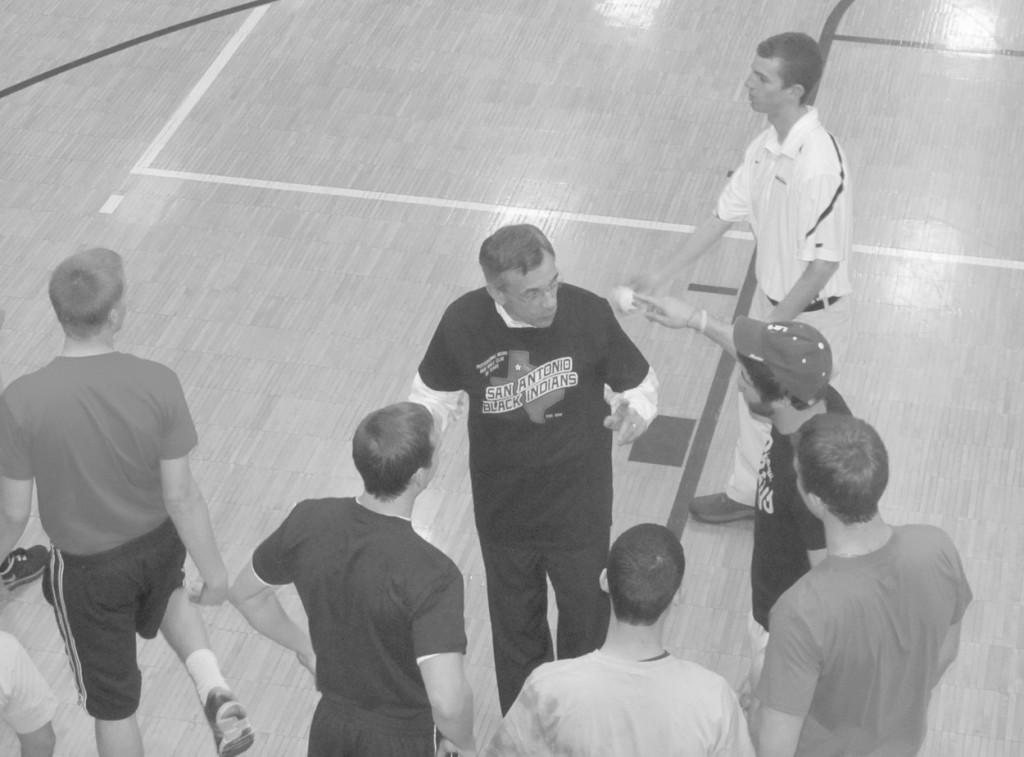 Participants were split up into two different teams, the American League and the National League. Both were based on the Negro League Baseball’s teams and each player had a shirt that represented a different franchise from the league they were playing for. The American League came out victorious in the battle.

Sophomore athletic training major Charlie Montgomery participates in intramural league wiffle ball, but this was his first All-Star game. He plays for the Tau Kappa Epsilon team, but was representing the Cincinnati Tigers from the Negro League’s National League.
Montgomery said he likes playing wiffle ball for a few different reasons.

“It’s a fun sport that you can compete in and get out there and get exercise,” Montgomery said. “Anybody can play.”

Jeremy Chipman, coordinator for intramural sports and outdoor adventure programs, said it was a great turnout, and it is neat for the students to see the president come and be a part of something that they really enjoy playing as an extra-curricular activity.

“President Votruba has been around quite often to our campus recreation events,” Chipman said. “I think he really knows the importance of campus recreation and intramural sports. Just giving something back to students, or for something that students can engage in and have fun and feel part of the university.”
Chipman said people feed off childhood games like wiffle ball.

“I think pretty much our entire lives we’ve played some form of it, like baseball, or something along those lines,” Chipman said.
Instead of just having basic games in intramurals, Chipman said his goal is to make events more appealing and exciting.

“We try to look at each sport and bring what we call hoopla, a little extra energy,” Chipman said. “We could sit out there and just play wiffle ball any given day, but we bring a little extra emphasis on it and allow students to have fun and kind of give back, and what better way than during Black History Month.”

Votruba said wiffle ball is great because it doesn’t require being young and agile and helps NKU students connect with each other.
“It is really fun, and this is one of the ways to build community through campus,” Votruba said.
Votruba said he has thrown several first-pitches at different games.

“I threw the first pitch over at Great American [Ball Park] two years ago, and this was just as much fun,” Votruba said.
Chipman said that the All-Star game collaborates with the time intramural teams play in the wiffle ball league.

“We came up with the idea to do something [creative] and every year it has been a great hit, so we just keep trying to build upon that a little bit more,” Chipman said.
The intramural teams play four games during the regular season. If they don’t forfeit any games they make it to the post-season. It’s a single elimination tournament and then a champion is crowned. The playoffs will be starting and ending Feb. 22.