Baseball player one step ahead 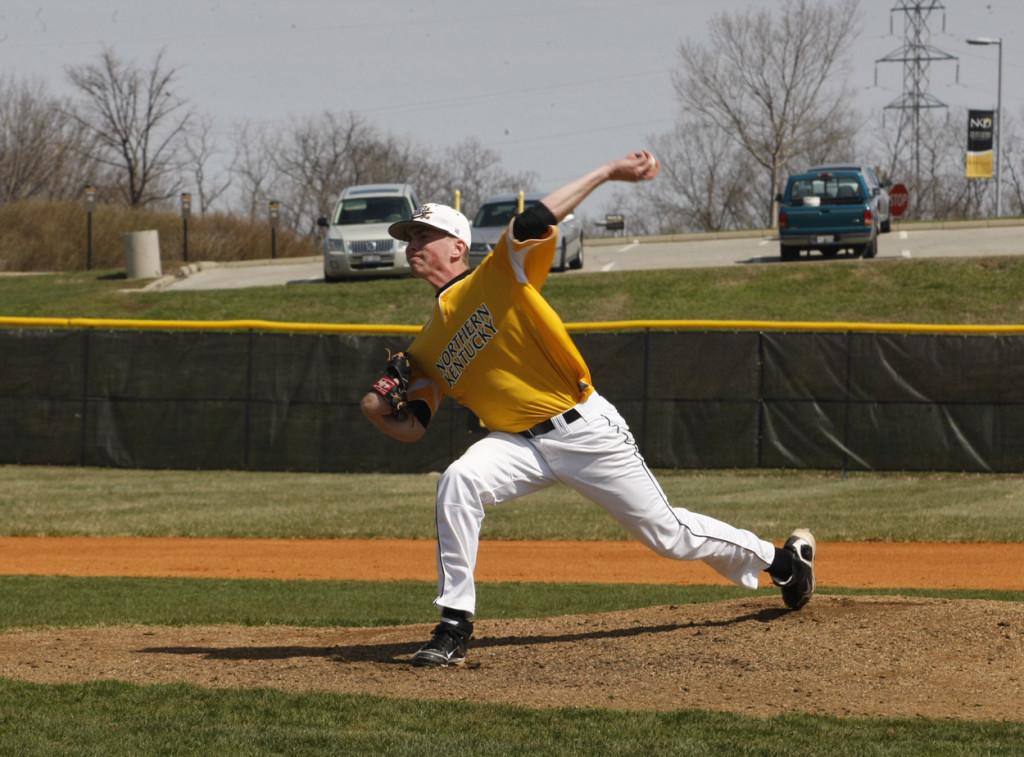 Brent Wagner, left-handed pitcher for Northern Kentucky University’s baseball team, entered college with more of a head start than most traditional students.
Wagner is 20 years old and is already in graduate school. According to Wagner, he took a lot of Advanced Placement courses in high school.

The 6’2” lefty out of Lakota West is only in his sophomore athletic season. He redshirted his freshman year of college and appeared in 15 games last season. He is currently looking for a spot in the starting rotation.

Head Coach Todd Asalon said not only is Wagner gifted, but he also has a tremendous work ethic. According to Asalon, Wagner carries his leadership skills from the classroom and brings them to the baseball diamond. He said he has never had a player accomplish feats like Wagner.

Similar to how he acts in the classroom, Wagner continues to be a positive influence in the clubhouse, according to senior right-handed pitcher Brent Wethington.
“He is a leader and gets along great with everybody,” Wethington said. “When he wants something done, he gets it done.”

Wagner started graduate school in January and is pursuing a degree in the Master of Science in Health Informatics program. He is taking three classes this semester, one on campus, and two online.
He also sees the importance of earning a master’s degree and understands that a bachelor’s degree is more common today.

Wagner stays busy with his work as well, logging in about 30 hours per week at the IT department at Paycor, a payroll management company in Cincinnati.
According to Wagner, baseball is the reason why he is not working full-time right now. Currently, he is on his third internship and is training for another position within the company.
Wagner stays busy with baseball, school and work.

“I have always kind of liked having a lot going on and not having much free time,” Wagner said.

His future goal in life is to be a project manager at a hospital once he receives his master’s degree.