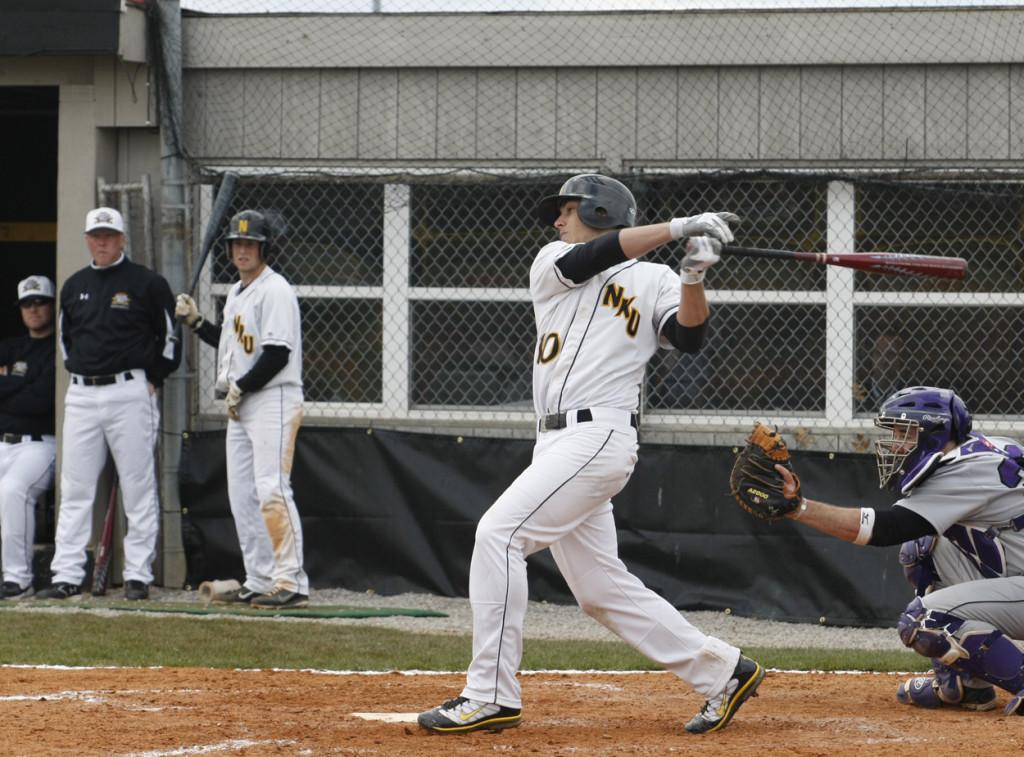 It’s that time of year again when the weather improves and the leaves start growing back. Baseball season is right around the corner, and practice is underway.
Northern Kentucky University’s baseball team is coming off a strong season after having a 36-21 record. They had a season high eight-game winning streak and advanced to the third round of the NCAA Division II Midwest Regional Tournament.

The Norse enter this year picked to finish second in the Great Lakes Valley Conference East Division in the preseason poll.
The team lost a few of its key players, including last year’s Great Lakes Valley Conference pitcher of the year David Middendorf, who was drafted by the Kansas City Royals in the 2011 MLB Draft. NKU also lost catcher Brian Erie, an All-GLVC first team selection.

Key returning players include junior second baseman Brad Clement and sophomore infielder Brett Cisper. Clement finished last year with a .308 batting average and earned a place on the All-GLVC Second Team. Cisper finished with a .330 batting average and led the team in on-base percentage (.402) and hits (70), earning him a spot on the All-GLVC Third Team.
Senior outfielder Jake Morris had a batting average of .303 in 2011. He made the transition from the infield to the outfield last season. With a year under his belt at the new position, Morris looks to be more comfortable in the outfield this year.

“It has been the hardest transition that I have gone through,” Morris said. “It takes time to adjust going from fielding ground balls to fly balls.”
The pitching coach for the men’s baseball team, Dizzy Peyton, returns for another season in the dugout. When it comes to key elements for any pitcher, Peyton says he look for straight lines, rhythm, and balance.

According to Peyton, junior left-handed pitcher Tim Clark will be the opening day starter. Clark finished last season with a 4-2 record and a 3.02 ERA.
Sophomore left-handed pitcher Brent Wagner is looking for a spot in the pitching rotation this year. Wagner, who had three starts and 15 appearances last season, said he learned certain skills from Middendorf, like how to control the game and the tempo. Wagner considers himself more of a crafty guy, relying on location and placement.

New to the pitching staff is junior right-hander Mike Nastold. Nastold, a transfer from the University of Louisville, finished last season with a 4.81 ERA. He was picked by the Philadelphia Phillies in the 37th round of the 2011 MLB Draft, but decided to return to school.
NKU will begin the season with a three-game series against North Georgia Feb. 18-19 in Dahlonega, Ga.