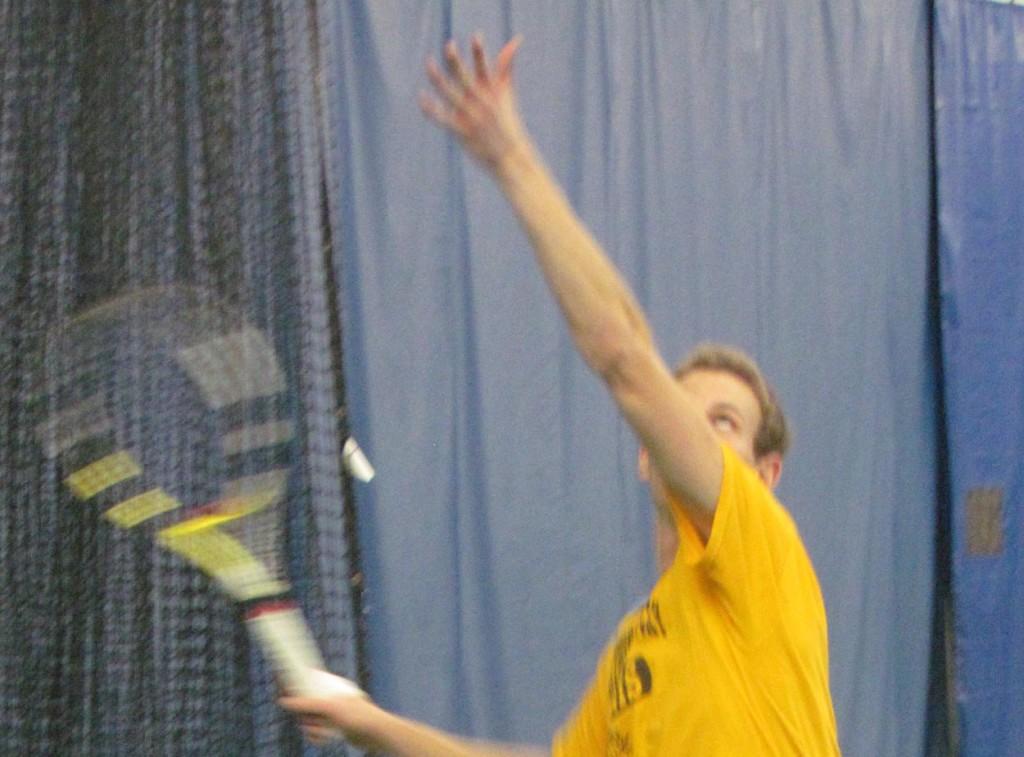 The Northern Kentucky University tennis teams are preparing for the upcoming season with new coaches and experienced squads.
The new season brings with it high expectations, as both teams would like to go out of the Great Lakes Valley Conference on a high note.
“Our goal is to win the conference in our last year in Division II,” junior Claire Spradlin said. “We have a chance to do that.”
Brian Nester, in his first year as head coach, has been working with the team since Jan. 11, striving to “bring up the intensity in practice” and to “raise the expectation level on the court.”
Spradlin said they are working on having more “communication within the team” and “a lot of team spirit.”

The players have noticed the effort Nester has made to get them as much practice as possible in his short time as head coach.
“It is very important to hit a lot of balls, and coach has worked hard to schedule courts,” junior men’s player Guillaume Berman said.
Also new to the coaching staff is assistant coach Shawn Barone and Kristen Sunday. Barone, a 2001 NKU graduate, previously taught tennis at Five Seasons and was an assistant coach at the University of Dayton. Sunday, last year’s No. 2 seed on the women’s team, joined the staff as a student coach, as she is in her fifth year at NKU.
Both teams return most of their players from last year. The men have all the top five seeds back, and the women return all except for Sunday.
“The team is competitive against each other, which will make them better against other teams,” Nester said.

He said the seeds are “wide open,” and “will be decided on the court,” meaning in head-to-head competition against each other.
Senior Martin Leroy, the No. 1 seed for the men last year, returns. Leroy posted a 9-9 record at the seed. Nester says Leroy is an all-court player who has a combination of power and touch. Berman played No. 2 last year, posting a 14-4 record.

According to Nester, junior Andre Correa, who was 11-3 at the No. 3 spot last year, and freshman Christopher Angulo are competing for the higher seeds.
Senior Tyler Fraser was No. 5 in singles last year and enjoys playing doubles.

“It is a more aggressive game than singles,” Fraser said. “The points are shorter and it is more net play. Some guys can beat me in singles, but I can get them in doubles.”
For the women’s team, last year’s No. 1 seed sophomore Marta Romeo returns for her sophomore season after posting a 3-11 record last year at the top spot.
According to Nester, Romeo, an aggressive baseliner who likes to play shorter points, will have plenty of competition from her teammates, as there are several players challenging her for the top spot.

Some of those that will compete for the top spot along with Romeo are Spradlin, who posted a 9-4 record as last year’s No. 3, and freshman Clemence Binon.
The men’s team begins the season on Feb. 4 when they take on No. 6 Abilene Christian. The women start their season Feb. 10 against Eastern Kentucky.
“We are starting off with our feet in the fire, but that will make us better down the road,” Nester said.