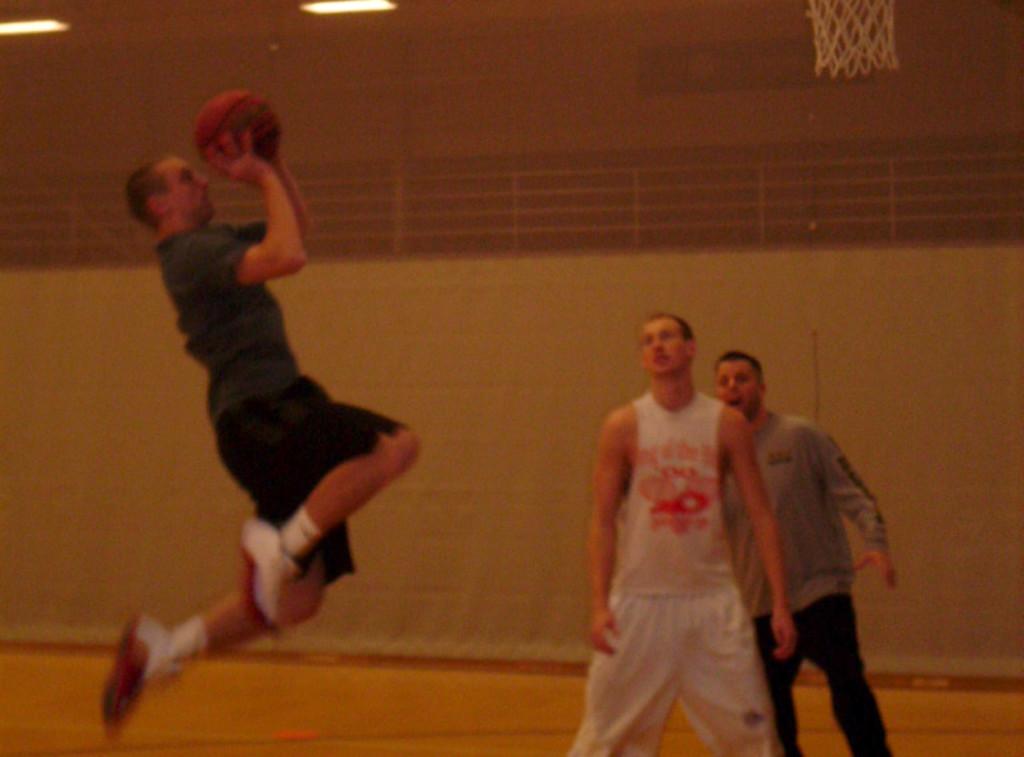 The Hollywood-created sport of BASEketball has come to life, thanks to the intramural league at Northern Kentucky University.
The sport of BASEketball was originally created by director David Zucker (“Airplane!,” “Scary Movie 3”), who also directed a movie of the same name centered around his original game. Since then, the sport has created a cult following, with different variations being played throughout the country.

NKU’s Coordinator for Intramural Sports and Outdoor Adventure Programs Jeremy Chipman thought it was time to bring the entertaining sport to campus.
“Me and Justin Raymer [a previous intramural intern for Chipman] did a lot of research on different university websites, and a couple of them had different sports, such as BASEketball,” Chipman said. “So we saw the movie for it, and decided that we wanted to implement it for this year.”

BASEketball combines the sports of baseball and basketball, molding different elements from each sport into one. The game lasts nine innings, with each inning ending when three “outs” have occurred. An out occurs when a batter misses a basketball shot taken from various points on the court.

A score occurs when a runner (a previous batter who had to make his/her shot to get on base) reaches home plate. Runners can only advance bases when a shot is made by their teammate from either the “base hit,” “double,” “triple” or “home run” spots on the court. Who ever has the most points at the end of the 9th inning wins the game. If the outcome is a tie, extra innings are played until a winner is determined.

The sport was added into the intramural league’s schedule in the fall season, and was played Jan. 19 in a bracket-style tournament. Intramural teams were paired up against one another and participated in the tournament at the Campus Recreation Center.

Undeclared freshman Tyler O’Bryan, one of the players on the winning intramural team, said the whole experience was great.

“I’ve been in a couple intramural leagues, like the dodgeball and basketball tournaments,” O’Bryan said. “We’re all just a close-knit group of friends here. It’s really fun to come out here and hang with your friends and play sports, like BASEketball.”

Chipman hopes that events like this will entice more students to join intramurals so that future events can be created for the league, and certain sports, like BASEketball, can be replayed.

“We want to get as many students involved with our campus events as much as we can,” Chipman said. “This is a big commuter campus, so if we can get more kids involved on campus, then they become more part of the campus. We’re just trying to get them to feel like their more invested with their school.”
For more information on the sport of BASEketball, visit http://baseketball.1colony.com/custom2.html. For more information on NKU’s intramural league, visit http://campusrec.nku.edu/programs/intramural.php and www.IMLeagues.com.