Track season ready to take off 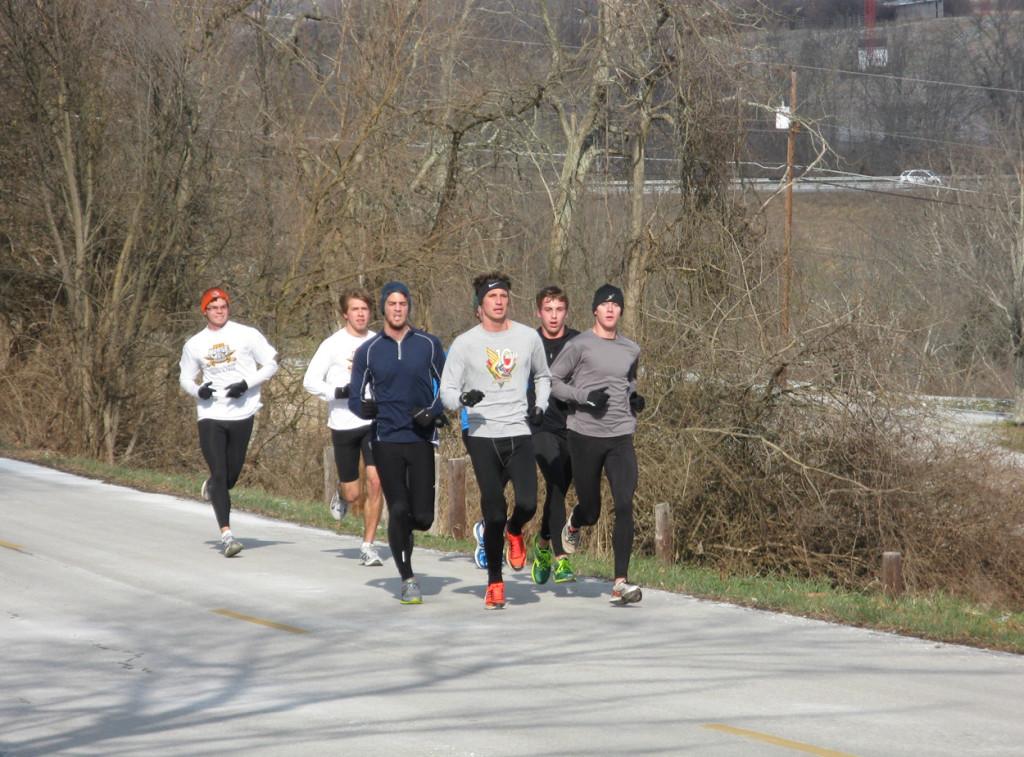 With the spring semester kicking into full gear, Northern Kentucky University’s men’s and women’s track and field teams prepare to open their seasons by running on the right foot for the 2012 year.
While most students have been readjusting back into the school semester routine, the athletes of the track and field teams have been preparing themselves for the new season.
The teams begin their seasons Jan. 21 at the Indiana Wesleyan Open in Marion, Ind. However, training for this season began long before the new school semester arrived.

Kruse says that the cohesive unit that both of his teams have formed with one another has helped them prepare both mentally and physically for the upcoming season.
“Both our men and our women’s teams have spent an awful lot of time together,” Kruse said. “They are running together five to six times a week, day in and day out.”
Once the season begins, that team preparation becomes a motivation for each race.

“Any time you have people to run with, it makes the experience better,” junior Brad Gloyeske said. “They push you a little bit more and just support you all the way. That motivation can make you a better runner.”
Junior Kelsey Gaffney says it is easier to run for the team than it is to run for herself.

“I could just quit during a race, but if I know that I’m doing it for my team and not for myself, it makes me keep pushing on,” Gaffney said.
Junior Kayla Justice said that success in each race is just as much of a mental challenge as it is physical.

“Sometimes it’s really hard to be positive about yourself during a season, especially if you just had a bad race,” Justice said. “As soon as a negative thought enters your mind, you start to fall back. Then it becomes a domino effect if your team is using you to race off.”

Both teams are hoping for successful seasons that will help them build towards a smooth Division I move. Kruse expects an exciting first couple of seasons once the move happens.
“We’re really building towards the next few seasons, as more and more runners are coming to our school because of the Division I move,” Kruse said. “Success breeds success, and that’s what has happened with our program. We are continuing to attract a better caliber of athletes because of the position we are at.”

With this season being the last year to participate in the Great Lakes Valley Conference, the runners are anxious to compete.

“Being upperclassmen, we’ve all gotten to know the GLVC pretty well,” Justice said. “We want to go out with a bang. We’re all just really excited for indoor and outdoor track this year.”