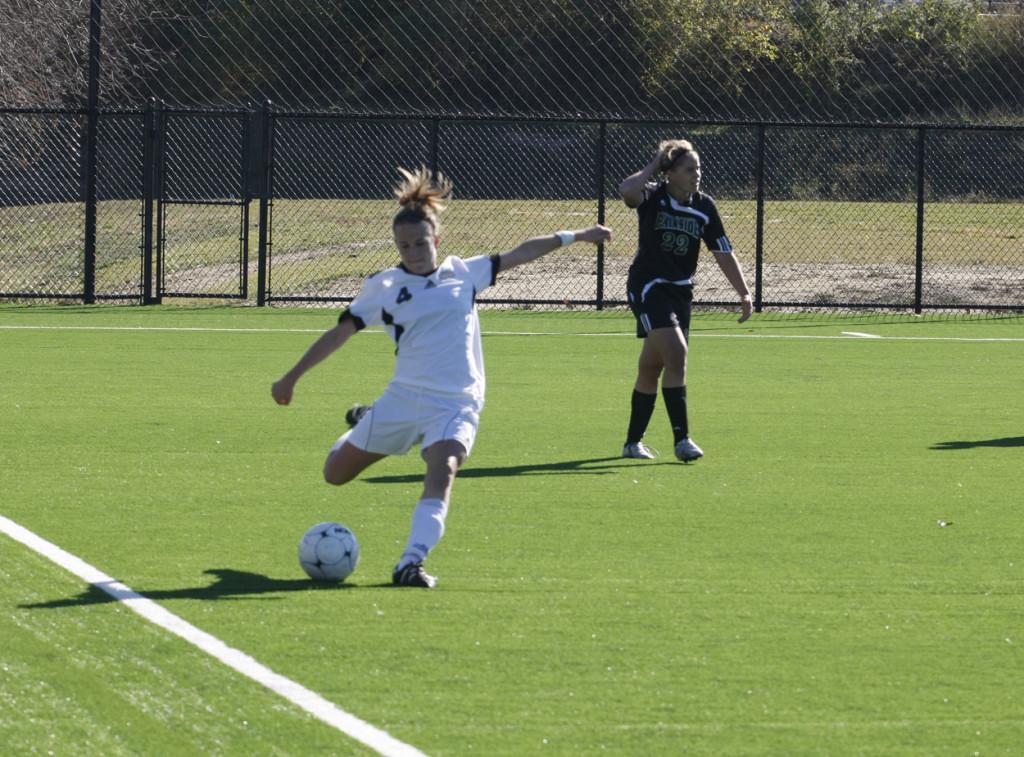 The Northern Kentucky University women’s soccer team was honored with three team awards and an individual award at the National Soccer Coaches Association of America convention in Kansas City.
NKU accomplished something that no other school in Division I and Division II did and only one other school (John Hopkins University in Division III) did by winning a team ethic award, team academic award, and finishing in the top ten in the coaches poll. It is a feat Head Coach Bob Sheehan considers “pretty special.”
“We’ve done well with the quality of student athlete, Sheehan said. “We have exceptional young ladies who worked extremely hard in the classroom and extremely hard on the athletic field.”
The Norse earned the National Team Ethics award, which recognizes teams that exhibit fair play, sporting behavior and adherence to the Laws of the Game, as reflected by the number of yellow caution cards or red ejection cards they are shown by referees throughout the season.
The team was one of 19 teams honored with the Bronze Award, which is presented to teams that receive no red cards and no more than 10 yellow cards during the season. There were 84 team who received either a Gold, Silver, or Bronze version of the Team Ethics Award.
The Norse also was one of 572 women teams honored with the National Team Academic award, presented to collegiate teams that maintain a combined grade point average of 3.0. The Norse earned a 3.10 grade point average as a team this past year.
The Norse were also honored with a plaque for finishing in the top 25 of the Division II Coaches Poll, where they were No. 10.
Additionally, senior midfielder Amanda Mason was honored as a part of the All-America first team. tied for sixteenth in total goals (15), tied for seventh in total assists (13) and tied for seventh in total points (43).
“It is an incredible testament of her dedication and skill for the game,” Sheehan said.
NKU finished the 2011 season with a 16-2-2 record and advanced to the NCAA Division II Midwest Regional championship game for the second time in three years.