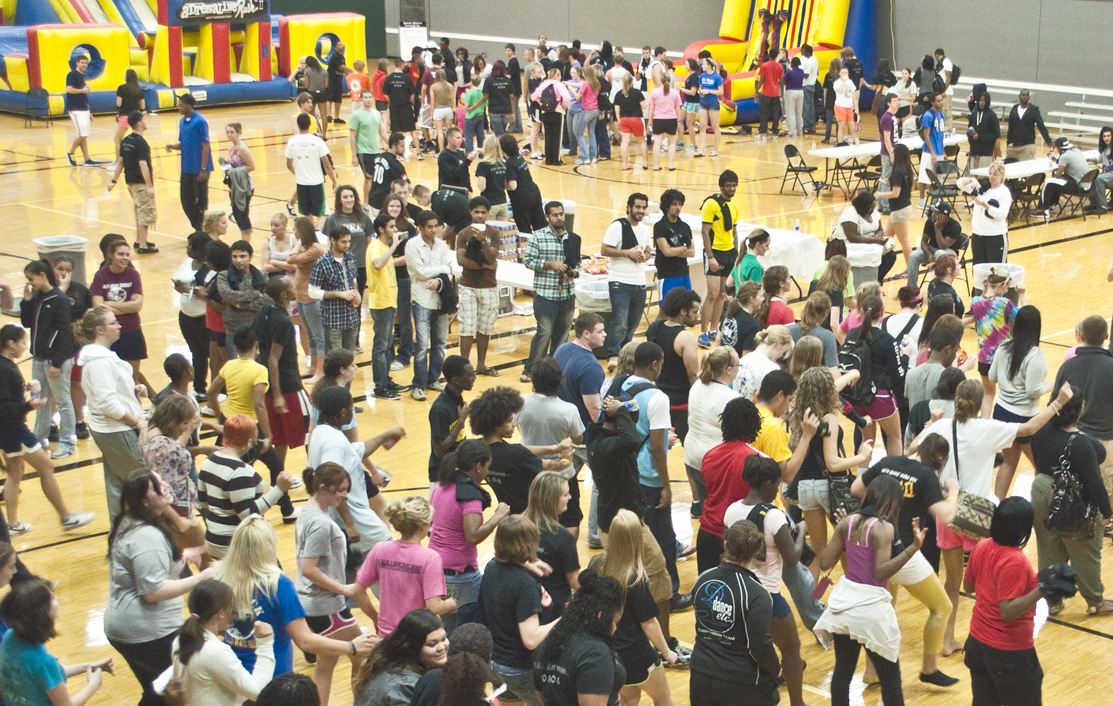 With “It All Returns” as the theme for the evening, the campus rec center had a line stretching around the building and brought in more than 700 guests.
Students and guests participated in many events including cornhole, a bungee run, a Velcro wall, a 3-in-1 sports shootout, dancing, a TRX exercise demo and an inflatable obstacle course.

Attendees also received free food, free drinks and a limited amount of free T-shirts. Students who preregistered also received free sports bands. Prizes were given out, including an iPad and giftcards to various retailers, while a DJ provided music all night for those who wore their dancing shoes.

At the end of the night, NKU student Charlie Montgomery was crowned “Norse Nights Champion,” and was awarded a trophy after beating the other contestants in the final events of the night.

The final contest of the evening consisted of three parts: a football throwing challenge, a basketball shootout and an inflatable obstacle course. The finalists were timed as they took part in the competition one after another. After all the contestants finished, Montgomery came out on top with the best time.
Norse Nights is scheduled to be an annual event and is expected to return to the Rec Center next year.