No rest for the Norse 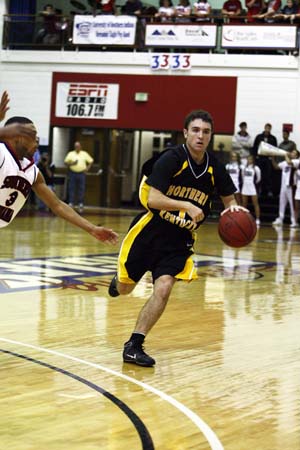 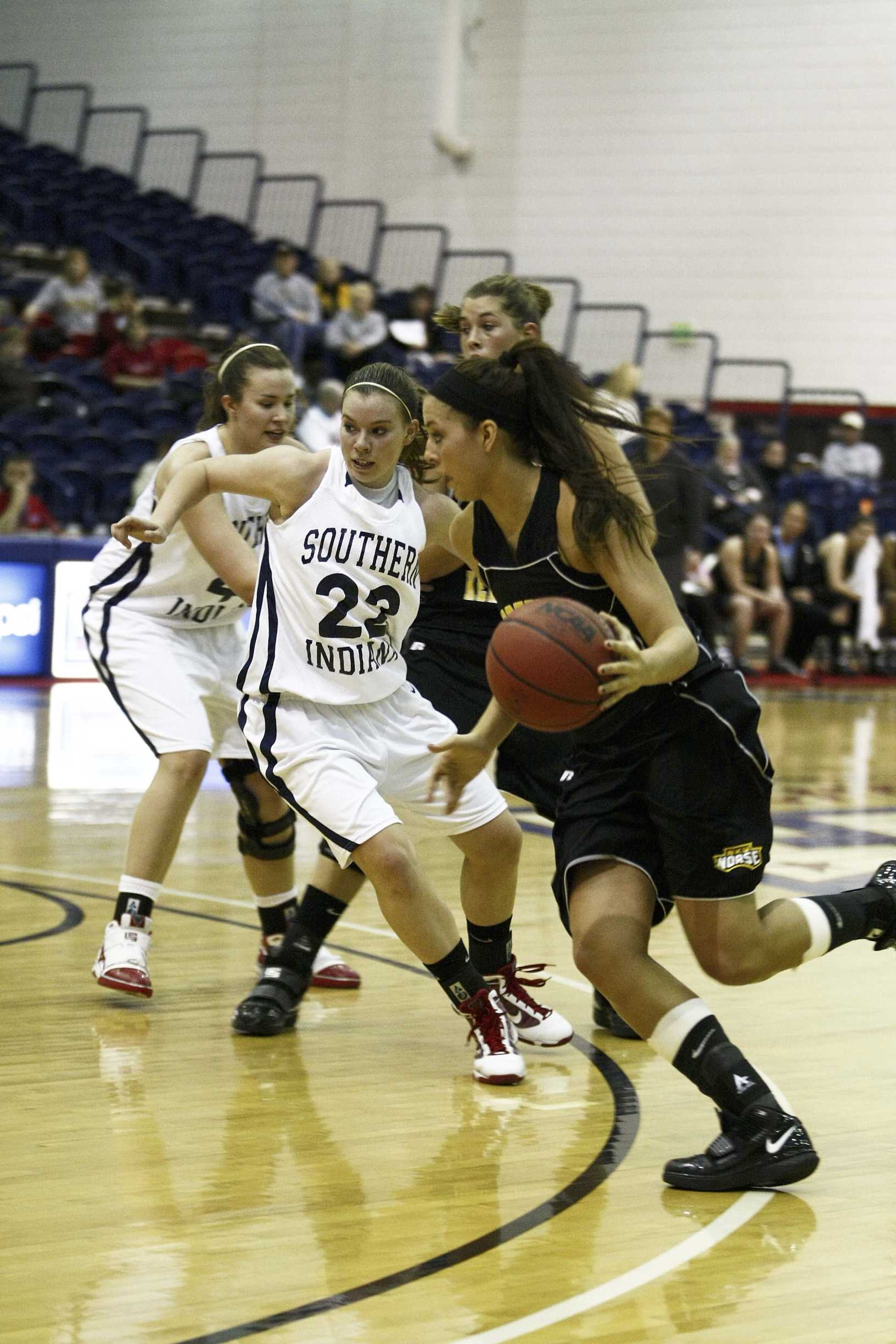 The semester at Northern Kentucky University is coming to a close as students prepare for final exams.’ Campus will be bare and classes will be empty as people head home for the holiday season.

The NKU basketball teams don’t get a break; they will be entering the heart of their schedules.’ The men’s and women’s team will host two games at The Bank of Kentucky Center.

The Bobcats have gotten excellent guard play through the first three games of the season.’ Sophomore guards Lydia Bridenbaugh and Danae Hill have helped WVWC claim back-to-back overtime victories.’ The two have combined for an average of 42 points per contest and they have recorded 18 assists.’ Bridenbaugh is a versatile guard who is solid offensively and disruptive defensively with the nine steals that she has recorded thus far.’ She leads the Bobcats in scoring with 24 points per game and averages 7.7 rebounds a game.’ Hill averages 18 points a game; but she is one who can create opportunities for her teammates as she leads the team in assists with 14 on the year.

The NKU men will battle UC-Clermont for the second time this season at 7 p.m. on Dec. 23 at the BOKC.’ The Norse trounced the Cougars 90-65 in Cincinnati on Nov. 23 and they hope to repeat their performance.

Senior center David Palmer was the source on offense for NKU in the previous match-up and feeding the post will be the game plan for the second go-around.’ Palmer scored a career high 25 points off of 10-12 shooting from the floor and proved to be too much for Clermont to handle.’ The Norse had four players score in double figures and 23 assists as a team, according to the NKU Sports Information Web site.

The Norse will host a double-header against Great Lakes Valley Conference rival, Lewis, on Jan. 2 at the BOKC.’ The women’s team will play at 1 p.m. and the men’s team will follow at 3:15 p.m.

The key for the NKU women is to control the Flyers leading scorer in junior forward Jenny Turpel.’ Turpel is averaging 19 points and seven rebounds for Lewis.’ She has fouled out in one game so far this season and if the Norse can draw her into foul trouble, they will take away a scoring threat.’ Senior combo-guard Kelly Dianis is second on the team in scoring with an average of nine points per game.’ Keeping Turpel quiet will force the other Lewis players to step up their game.

The Norse has a balanced scoring attack with three players averaging in double figures.’ Sophomore forward Sadie Bowling is averaging 19 points a game, sophomore guard Casse Mogan averages 16 points and senior forward Brandi Rayburn is averaging 13 points per contest. NKU has four other players who are averaging seven points or more.’ And the Norse team has been solid at the free throw line, shooting 73 percent from the stripe.’ Getting to the line and sinking shots will be a key of the game for NKU to win the game.’ Driving to the basket will draw the fouls and will create opportunities for outside shooters.’ Playing aggressive on the defensive end of the floor, a characteristic of Winstel’s teams, will also be on the ‘keys of the game’ list for the Norse.

The NKU men’s team will enter its fourth conference game of the season when they battle the Flyers.’ Lewis hawws three players that are averaging double figures in the point’s category.’ Junior guard Dennis Thomas Jr. is averaging 17.8 points per game and sophomore forward/center Matt Toth is second on the team with 11.6 points.’ Sophomore center Marty Strus follows close behind Toth with 11 points per contest.

The Flyers have a young squad this season as they bare just one senior on its roster.’ The team has some experience with four juniors, but four sophomores and five freshmen make up nine players on the squad with limited experience at the collegiate level.

The Norse men have two players on the team who are averaging double figures.’ Palmer leads the team with 18 points per game and junior guard Dustin Maguire is averaging 11 points.’ Guard play will be important in the battle against the Flyers.’ Senior guard Scott Bibbins is the floor general, and his ability to spread the floor and find teammates will have to be a point of emphasis in preparation for the game.’ Freshman guard Ethan Faulkner has stepped into a role that has helped NKU execute fundamental aspects of the game.’ Faulkner has 34 assists on the year and his unselfishness has led to points for his teammates.’ A good mixture of aggressive defensive, unselfish passing and hitting shots will be the recipe for a victory over Lewis.