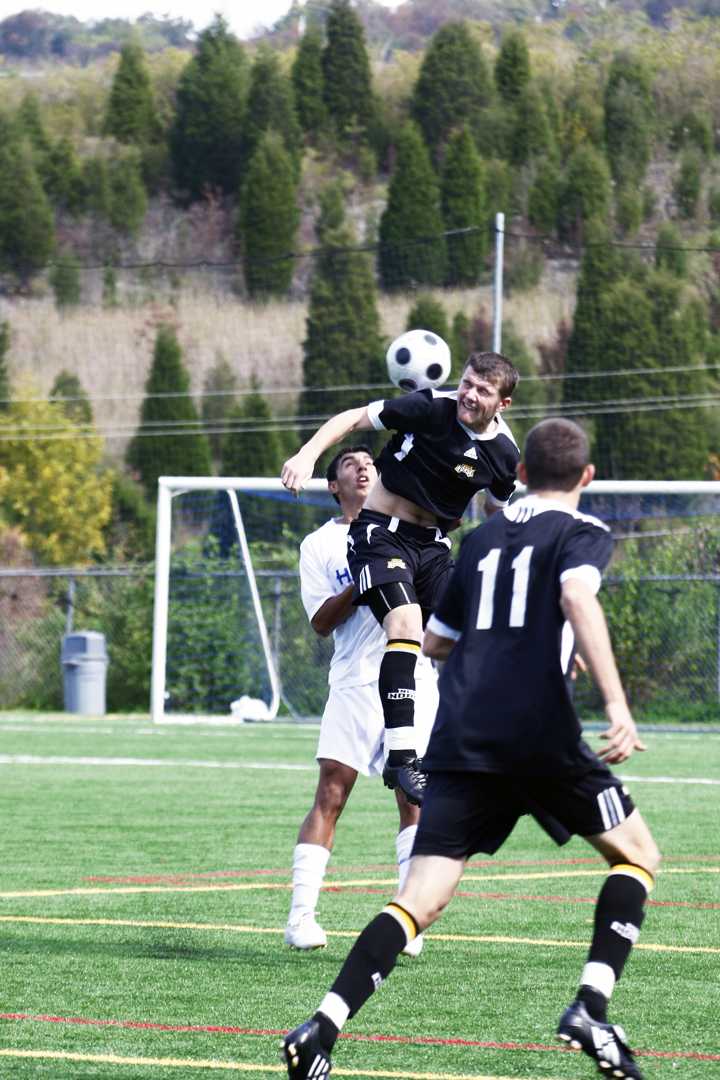 The Northern Kentucky University women’s soccer team was selected as the No. 2 seed in the Midwest Region of the NCAA Division II Tournament.’ Six teams qualified from the region and the No. 1 and 2 seeds will receive first-round byes.

NKU will host the first and second rounds of the tournament, beginning on Nov. 13.’ The Norse (18-2, 13-2 in the Great Lakes Valley Conference) will enjoy their first round bye and then take their 13-game winning streak into the second round.’ They will see the winner of the first round match-up between Quincy and Saginaw Valley, playing at 7:00 p.m. on Nov. 13.’ The scheduled start for the second round is 1:00 p.m. on Nov. 15 at the Town and Country Sports Complex in Wilder, KY.

With that bye in the first round, NKU will have some extra time to prepare for second-round competition.’ The Norse head coach Bob Sheehan wants the players to focus on the way they have executed all year and apply it to the tournament games.

‘We’re going to be doing the same thing we’ve done all year ‘- try to focus and pick up five or six coaching points a week,’ Sheehan said.’ ‘We also want to ascend to a higher level and we feel like we’ve done that.’

NKU is coming off a 1-0 victory over Quincy (14-5-1, 10-3-1 in the GLVC) to claim their seventh GLVC title in team history.’ The win marked the first championship since the 2005 season.’ This trip to the ‘Big Dance’ is the ninth in the program’s 13-year history, according to the NKU Sports Information Web site.

Winning the GLVC championship is a goal that has been met. However, the team has another goal in mind.’ ‘ Last season, the Norse lost 1-0 to Wisconsin-Parkside in the second round of the tournament, and they hope to advance further this year.

‘I think we’re just excited for the NCAA tournament,’ said sophomore defender Laura Painter.’ ‘We got this (the GLVC championship) and now we’re looking to get another one of our goals out of the way. We’re looking to move on to the next step and tackle the NCAA and make our way to Florida.’

The Norse have already defeated Quincy twice so far this season, and it can be very hard to beat a team three times in a single season.’ The first time that the two teams met, NKU defeated the Hawks 2-1 on Oct. 9 at the Town and Country Sports Complex. The second time, the Norse defeated Quincy for the GLVC title.

As a unit, the Hawks are averaging 1.90 goals per game and they hold a .488 shots on goal percentage.’ This is a team that likes to get on the board in a hurry.’ Out of their 38 goals, Quincy has capitalized on 21 goals in the first quarter so far this season.’ They have held their opponents to just 14 goals.

Quincy is effective when scoring goals early in the ball game.’ On the defensive side, they get stingier throughout the game.’ Quincy has two goalkeepers that split time during games.’ Senior goalkeeper Tori Eye has collected 45 saves for the Hawks, and freshman keeper Tori Champagne has added 20 saves to the teams total.’ The duo have recorded 35 saves in the second half alone.

The Hawks have six seniors and six juniors on the roster, which gives them a solid core of experience that they can put on the field.’ Senior forward Jenna Boyko leads the team with 11 goals, freshman forward Brittany Casey and sophomore forward Aimee Ubriaco follow with six goals a piece.’ Junior midfielder Erin Conroy has five goals and seven other players have recorded at least one goal.’ Ubriaco is also the team leader in the assists category with five of the teams 29 on the season.

Defense will be an important factor to NKU’s success if they expect to advance in the tournament.’ Defense has been a strong suit all year long.

‘The defenders have done a great job,’ Sheehan said.’ ‘Rachael has been a major impact as a freshman as well as Elise in her second year and Laura Painter, Stephanie Wengert, Caitlyn Mueller and Kristi Hofmeyer have all been fantastic. Emily Martin and Megan Smith have been involved the defense as well, so it has been a total team effort.’

Saginaw Valley State has 13 freshmen out of a 25-player roster this season.’ Despite their youth, the squad has earned a spot in the NCAA tournament.’ The Cardinals are 14-2-3 overall this season and they have scored a total of 41 goals, according to the SVSU Athletic Web site.

SVSU averages two goals per game while they hold opponents to less than one goal.’ The Cards have netted 26 goals in the second period, which has contributed to their success.’ They have held opponents to just 13 goals for the entire season.

Senior midfielder Jacylyn Barrett leads the team with 12 goals, and sophomore midfielder Samantha Echols has eight on the year for SVSU.’ Three additional players have recorded three goals and nine others have scored at least one goal.’ The Cardinals are unselfish with the ball and they have been effective with the passing aspect of the game.’ Four players for SVSU have five assists a piece. Sophomore goalkeeper Anne Berschbach has 68 saves and 10 shutouts for the red and white.’ It has been very difficult for opponents to score in the second period against the Cards, who have 37 saves down the final stretch of games. If NKU plays SVSU in the second round, they need to focus on getting the ball in the net early in the game.’ As the game progresses, it could be tough score a goal.’

However, the Norse have displayed solid defensive play in the second period, as well this season.

Freshmen goalkeeper Rachel Wood believes that the defense in front of her has been vital to the team’s success.

‘I love the defense I have in front of me,’ Wood said.’ ‘They’re willing to lay themselves out in front of the ball rather than let the other person shoot. They’ve always got my back whether I miss it or not. They’ve saved a lot of games for me and I couldn’t ask for anything better.’