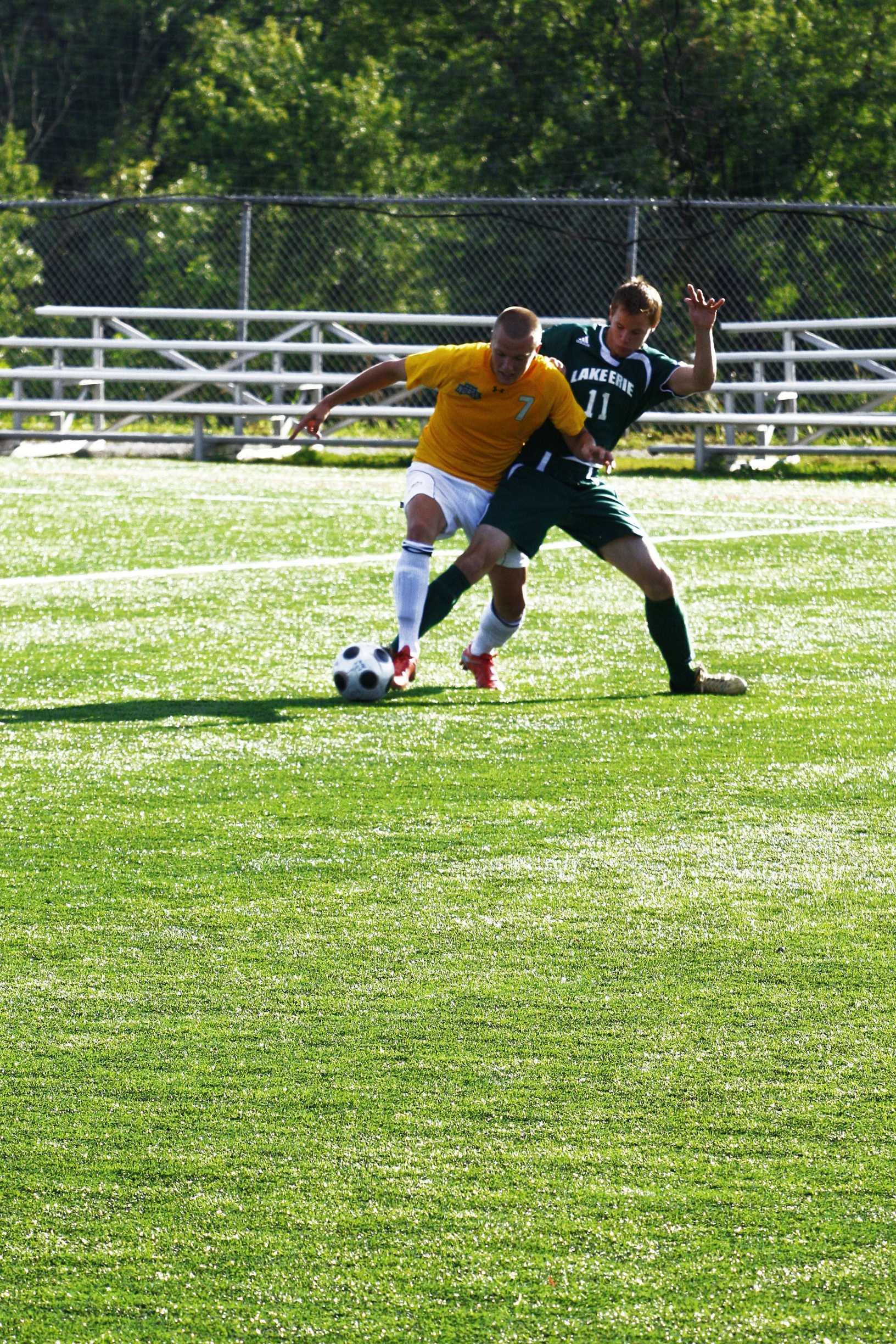 Before getting geared up for the start of Northern Kentucky University’s basketball season, Norse fans should be looking forward to the finale of fall sports competition. The fall teams have enjoyed a successful year thus far as they all begin to prepare for their respective post-season appearances.

The NKU men’s soccer team finished the regular season 14-4-1 overall, and 11-3 in the Great Lakes Valley Conference. During the season, junior forward Stephen Beattie broke the school’s career goals record with a total of 50 at his tenure with the Norse. Goalkeeper Michael Lavric broke the school’s career shutout record with 20 for his career. The previous record was 16, set by Andy Ortman (2006-2007).

Beattie was named the GLVC Player of the Year for the second consecutive season for NKU. He led the league in shots-per-game (5.93), goals (18), points (35) and game-winning goals (5), according to the NKU Sports Information Web site.

The NKU women’s soccer team finished its regular season as the No. 10 team in Division II soccer. The Norse posted a 15-2 overall record, and went 13-2 in the GLVC.

Head Coach Bob Sheehan was named GLVC Coach of the Year for the seventh time in his career. Sheehan has been the general for 13 seasons at NKU and he is 215-49-13 with six GLVC championships, according to the NKU Sports Information Web site. The team named three players to the All-GLVC team, sophomores Amanda Mason and Kristi Hofmeyer were named to the first team and junior Danielle Hogue was named to the third team, according to the Web site.

Mason scored seven goals and recorded eight assists during the regular season. She accounted for five game-winning, which lead the team in that category. Hofmeyer excelled on the defensive side of the ball for NKU and her tough defensive work helped the Norse hold off opposing offences. Hogue netted six goals and collected a team lead of 11 assists to give her a total of 23 points on the season. Three other players scored five goals or more during the regular season for NKU.

The No. 1 seed Norse trounced the No. 8 seed Rockhurst 4-0 in the first round of the GLVC tournament. ‘ NKU will host four-seeded Indianapolis in the semifinals at 5:00 p.m. on Nov. 6 at The Town and Country Sports Complex in Wilder, Ky.

The NKU Volleyball team is 19-10 and 9-3 in conference play with two games remaining on the regular season schedule. In their next match-up, the Norse will face Missouri-St. Louis to determine who will earn the third seed in next week’s GLVC tournament.

The NKU men’s cross country team placed fifth in the GLVC Championships on Oct. 24. Junior Drew Harris harnessed a second-place finish in the race which won him GLVC Runner of the Week honors for the fourth time this season. The team has two events remaining on the schedule, the NCAA Midwest Regional (10k) and the NCAA Championships.

The NKU women’s cross country team placed third in the GLVC Championship (8k) with a score of 83 on Oct. 24. Senior Jenna Siemer finished the race in 12th place and Jerrica Maddox finished 15th to help the Norse finish strong. The team has two events remaining on the schedule – the NCAA Midwest Regional (10k) and the NCAA Championships.’ ‘