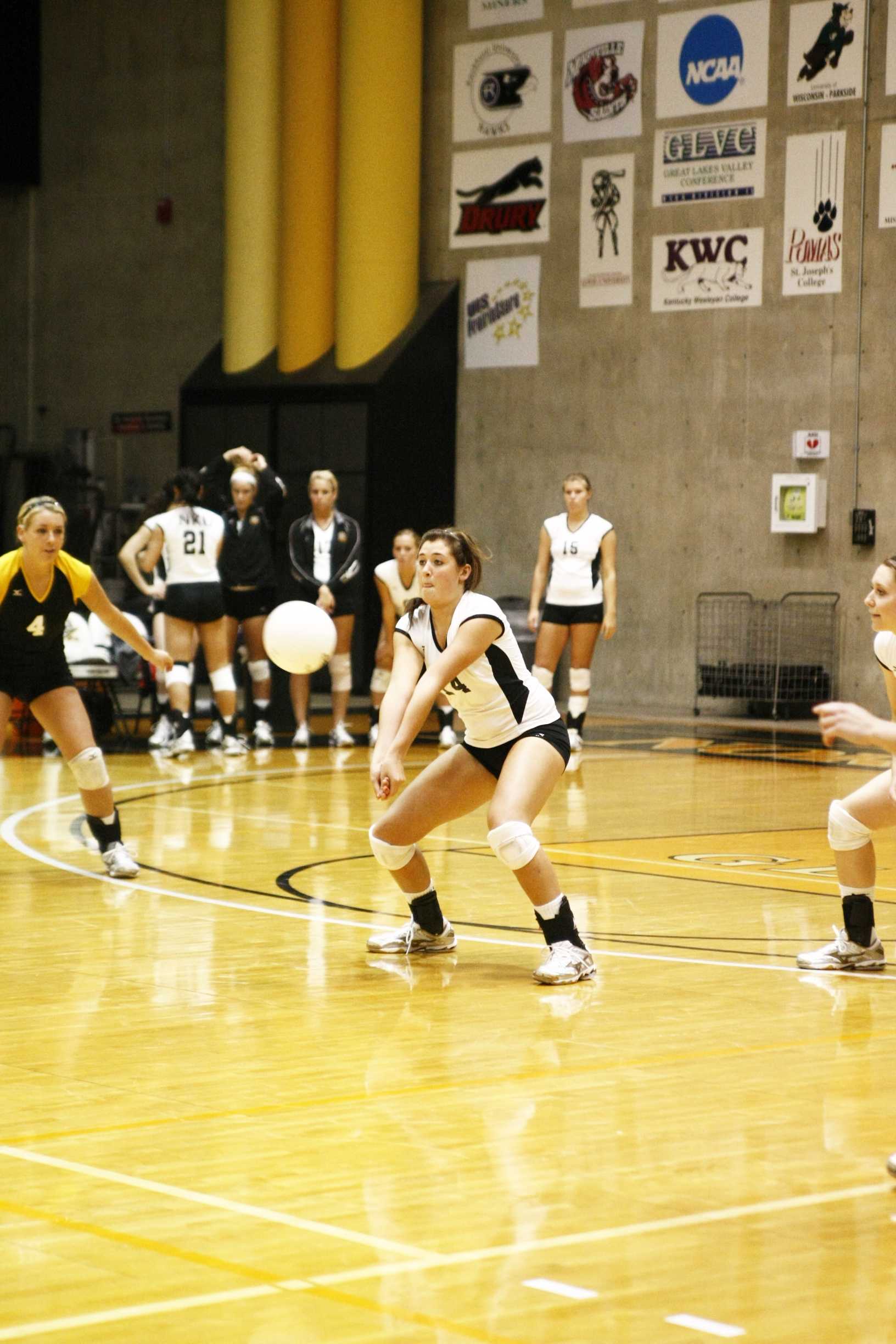 ‘We passed really well tonight and I thought our passers did a good job of getting the ball up and to the hitters,’ Nemcek said. ‘This game was a great confidence booster for going into next week.’

As a team, the Norse collected 29 digs on the night. The NKU attack led to 46 kills on a .396 hitting percentage against Maryville. Though the Norse won in convincing fashion, the players felt that it was an off-night for the team.

‘We played a little shaky and a little slow with the intensity not really being there,’ Peterson said. ‘I got a couple good kills tonight, but on the other hand, I kept getting blocked.’

Looking ahead to the next five games, the Norse will see three teams that have 10 wins or more. They will also have to prepare for the rivalry game against Bellarmine.

NKU will have to play Drury (10-4, 2-0 in the GLVC) in Springfield, Mo., Oct. 3. The Panthers have six juniors and three seniors on the squad, which proves to be an experienced group. Junior middle hitter Kyrie Hopkins leads the team with 168 kills. Three other players for Drury have more than 100 kills. Junior setter Austin Warren leads the club in assists with 534 on the year. The game against the Panthers will be a tough challenge for the Norse.

The rivalry against Bellarmine (4-3, 1-1 in the GLVC) will take place at Regents Hall Oct. 6. The Knights are much like NKU this season in regards to being a young team. Bellarmine has seven freshmen on their squad this season and the Norse have six. This match up is going to be determined by the production of the young talent on each team.

NKU will play host to Wisconsin-Parkside (12-5, 0-3 in the GLVC) Oct. 9 at Regents Hall. The Rangers have five players on the team that have recorded more than 100 kills this season. Sophomore RS Addie Kramer leads the team with 133 kills so far this season. Opponents have accumulated 808 kills against Wis.-Parkside, which will play into NKU’s favor. The Norse will have home court advantage over a Rangers team that has struggled in conference play.

The Lewis Flyers (12-3, 2-0 in the GLVC) are the No. 13 team in the Division II polls, and they are coming to Regents Hall Oct. 10. This is a game that will really test the black and gold. Lewis has a plethora of experience in six seniors, a graduate student and three juniors on the team this season. As a unit, they have recorded 101 total blocks, according to the Lewis Official Athletic Web site.’ Three players have 100 kills or more and the team has 751 overall. Defensively, the team has combined for 878 digs.

After sweeping two teams this past week, NKU has some momentum going into the game.

‘Rockhurst is a well-coached team and they have more experienced players,’ NKU head coach Carlos Chia, said. ‘I know that they are going through some ups and downs right now, so hopefully we will get them when they are down rather than when they are up.’