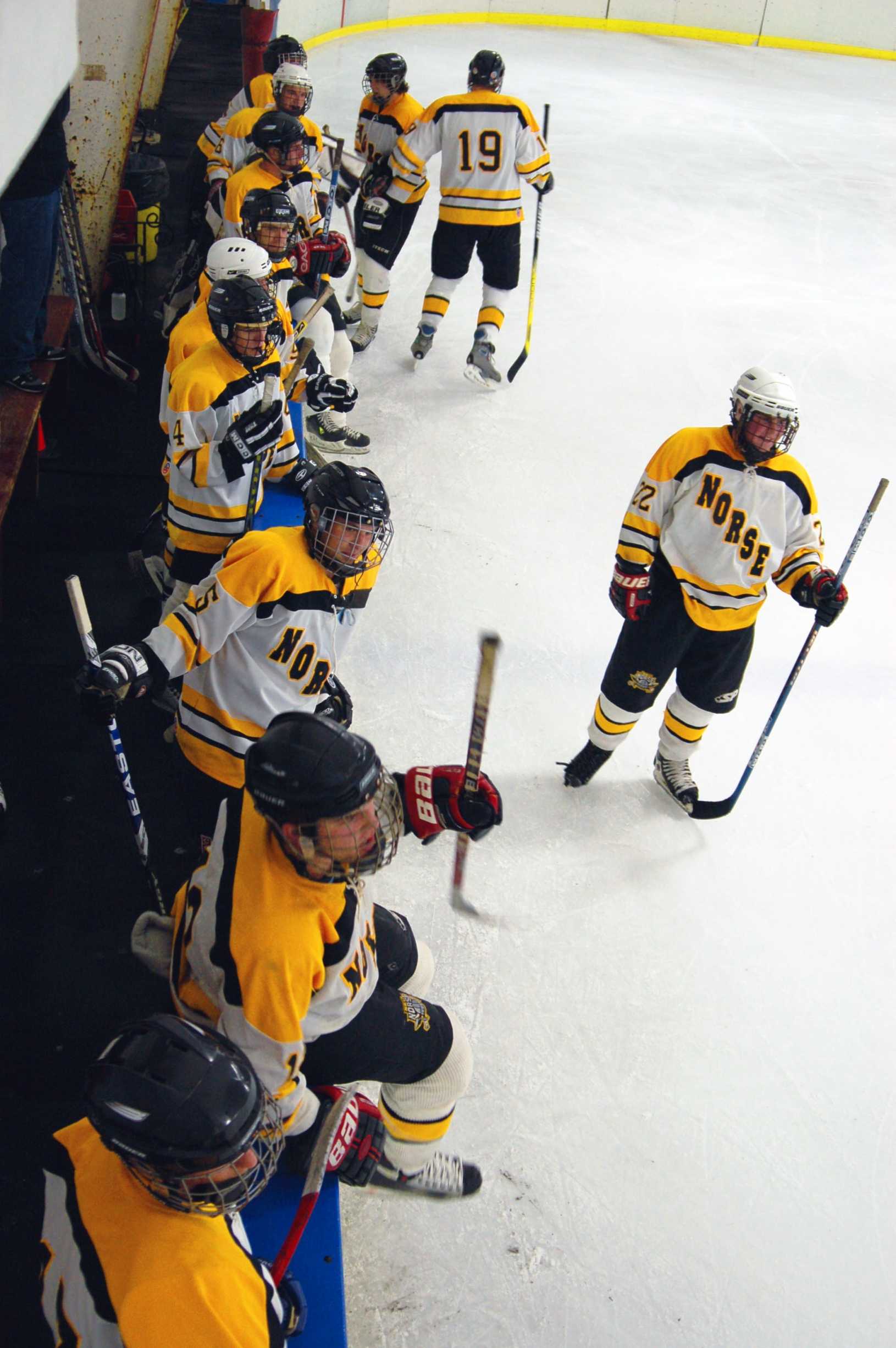 The first game, the Norse will face-off Sept. 25 against the University of Akron at the Center Ice Sports Complex in Akron, Ohio.

Team secretary and defensive player Jeremy Emig thinks Akron will be a great initial challenge to the season.

‘We didn’t have the chance to play Akron last year, however the year before we beat them twice,’he said.’The youth of the team along with the ability to score seven or eight goals a game excites me.’

The team appears to be progressing fairly well.

‘The young guys are stepping up at practice and they look great,’ Emig said. Emig, along with other players on the team, believe first-year coach and hockey club alumni Karl Mueller will bring out the best in the team.

‘We have our returning top scorer Kyle Devlin back, along with a new coach who is eager to be here,’ Emig said.

‘We have a first-year coach, a ton of new guys on the team and we need to build team chemistry,’ team President Nick Williams said.

Williams has high hopes for the team but believes that in order to succeed, the team needs to mesh together well both on and off the ice.

The NKU hockey team struggled at various times last year, finishing a little over .500 with a record of 13-12. The team still hosts all of their home games at the Northern Kentucky Ice Center and remains a fundamental part of the Division III league of the American Collegiate Hockey Association.

‘We were low on players last year and we fixed that with the addition of five to six new guys,’ Emig said. ‘With the addition of an experienced player now turned coach and a new team, the players seem thrilled about the chance to play in the regional tournament in Michigan.

‘We have the ability to score six or even seven goals a game with excellent offensive players like Kyle Devlin and Nick Williams, we just have to keep the other team from scoring.’

That is where starting goalie Matt Wingrove becomes a key-player on the team.

‘Last year was a down year for not only me, but for the team but this year I will prevent goals from being scored against us and I will give us the opportunity to win every game,’ Wingrove said.

Wingrove likes to play NHL 2010 to learn new tricks in his attempt to defend the net from the opposing team.

‘Before a game I stay relaxed by acting normal and just being calm; there is no special ritual I have,’ Wingrove said.

Wingrove promised to deliver on a guarantee that the team would make it to the regional tournament this year.

‘We don’t have many weaknesses on the team and the defense is stepping up,’ Wingrove said.

‘Anyone who has been there before knows how exciting and high-scoring the games are,’ Emig said, ‘The fans’ get us fired up and fuel motivation to our game.’

You can find the full NKU hockey team schedule, statistics and roster at http://www.achahockey.org. ‘