If you start it, they will come 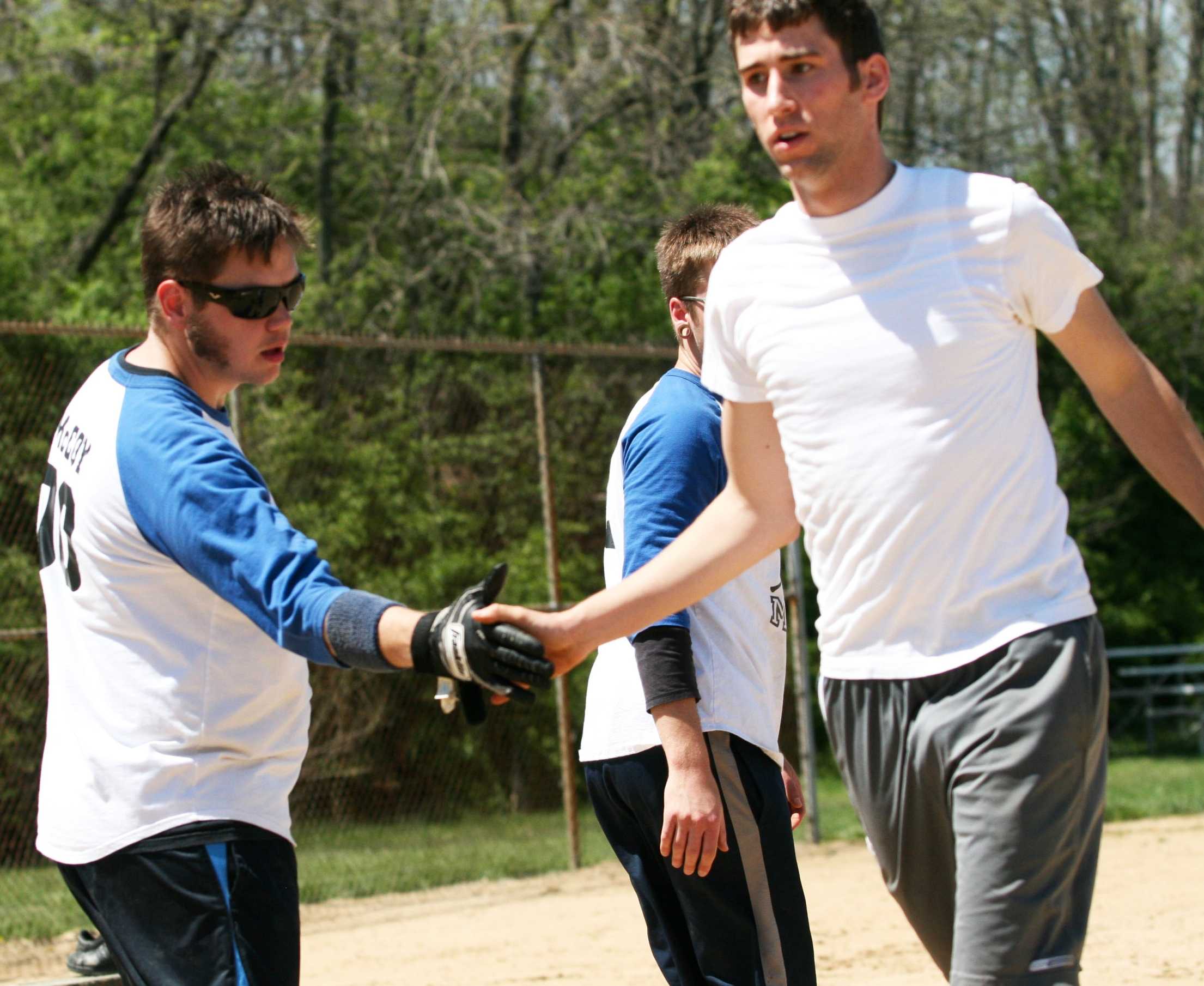 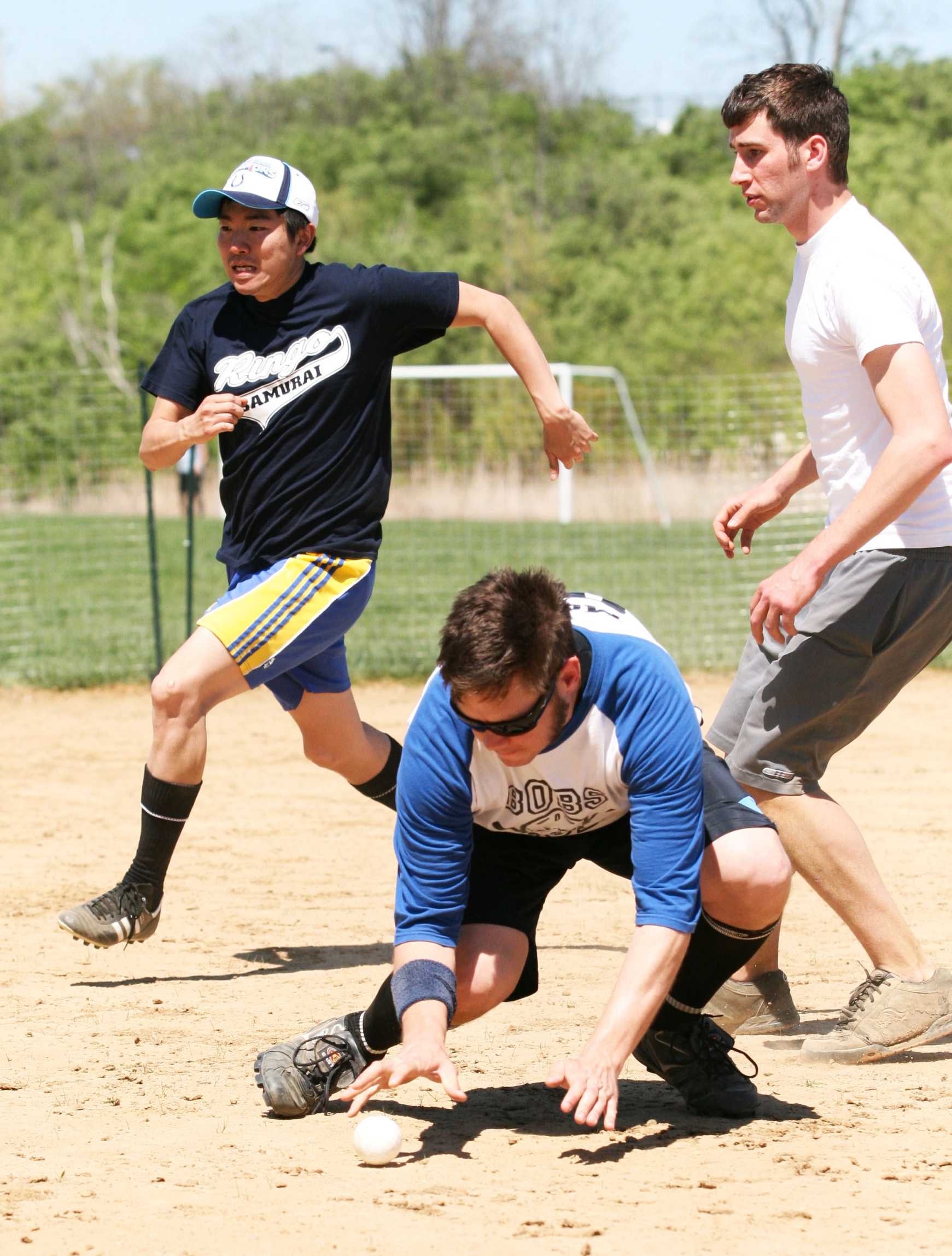 With the smell of freshly cut grass filling the air and the dirt around the diamond neatly raked, the home team trots out onto the turf to begin the game.

The batter steps into the box, slightly grinning at the pitcher as he twirls the bat in his hand.’ Digging his left foot into the ground, he takes a practice swing and then points the tip of the bat in the direction of the left field wall.’ The pitcher rocks back and delivered the first pitch.’

The ball, filled with holes, flutters through the air and across the plate for a strike.’ The proven hitter chuckles to himself and then focuses his eyes on the pitcher.’ The man perched upon the mound glares back, and serves up a grimace.’ He whips back his arm and throws the ball. It slithers through the breeze like a side-winding snake.’

The plastic sphere seems to grow larger as it reaches the plate.’ A loud smack ensues after the force of the bat connects with the ball, sending it into the warm air.’ In the outfield, the players shield the sun from their pupils and watch the ball drop over the fence. This is the scene, or something like it, that takes place at each game for the Northern Kentucky University Wiffle Ball Club.

Bob McCoy, the equipment manager for the Electronic Media and Broadcasting (EMB) program at Northern Kentucky University is preparing for the start of the wiffle ball season. McCoy serves as one of the founders of the NKU Wiffle Ball Club. The fall ’09 semester marks the club’s third year at NKU.’

McCoy and 11 of his friends enjoyed playing wiffle ball during the summer months, and when it was time to return to school, they had to quit.’

In the fall of 2007 McCoy and his companions came up with an alternative that would allow them to play wiffle ball all year round.

‘We all met at the Perkins just off campus to discuss our ideas,’ McCoy said.’ ‘Why should we stop playing when summer ends? We thought about how NKU had all these clubs; why not wiffle ball?’

This season, the club will have five teams that will compete against one another. Each team has six players with four people playing in the infield. Other than the reduced amount of people on the field of play and a fielding system called the clutch, the club enforces many of the same rules as baseball.’ The clutch system does not require teams to have a first baseman or a catcher.’ When someone gets a hit, the fielder has to throw it back to the pitcher before the runner reaches first to record an out, according to McCoy.

‘We try to abide by Major League Baseball rules,’ McCoy said.’ ‘However, there is no bunting, no stealing and no leading off.’

Early in the season, when the weather is still warm, the Wiffle Ball Club will play games outdoors. When the inclement winter weather approaches, they head into the Albright Health Center to continue their season.

‘My favorite place to play is outside because I like to hit home runs,’ McCoy said.’ ‘I tied for the home run leader in the first season that we started the club.’

Playing wiffle ball isn’t the only thing that drives the club as they pursue opportunities to help the community around them.’ The club and its members are hoping to participate in a wiffle tournament in the spring that acts as a fundraiser for breast cancer awareness, according to club president Andrew Brown.’ The club looks to partner with Chicks and Chucks, an organization that develops fundraisers to help breast cancer patients financially during their fight against the disease.’ The association is a resource for breast cancer patients who require the products and services to help them cope, according to http://www.chicksandchucks.org/.

‘It’s not just about playing wiffle ball,’ Brown said.’ ‘As a club, we want to do the best we can to benefit as many people as we can around the community.’