The event was held in the Student Union Plaza on Monday, MLK Day 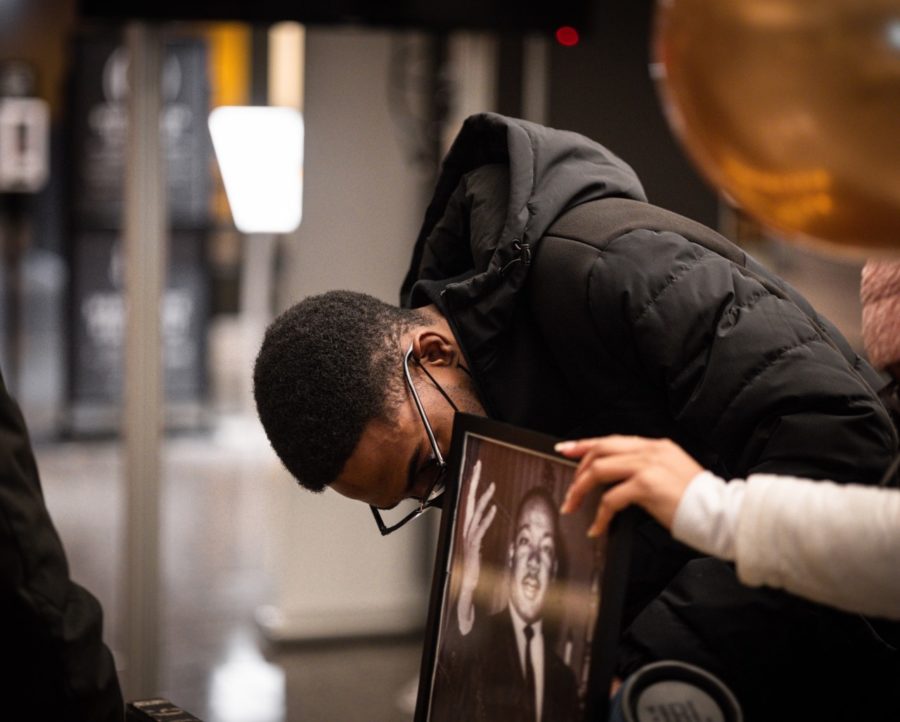 A participant in the MLK Candlelight Vigil looks down as a picture of Dr. Martin Luther King Jr. is held.

The event was part of a series of events at NKU to honor Dr. King for MLK Day. On Jan. 10, the Office of African American Student Initiatives hosted a game night titled “A Historical Look Toward Change: Interactive Game Night”. On Friday, Jan. 14, students were given the opportunity to remember Dr. King through “Evening with the King Open Mic Night” on Zoom and in person and on Sunday, a Virtual Worship Service was held from 11 a.m. to 1 p.m.

NKU President Ashish Vaidya posted a tweet on Monday for the celebration of Dr. Martin Luther King Jr., calling for the community to unite.