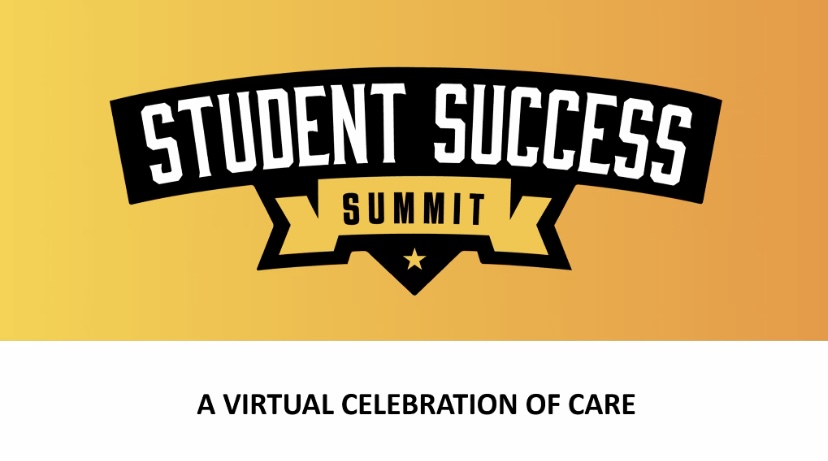 Northern Kentucky University hosted its third annual Student Success Summit on Friday morning, with nearly 160 participants, including 18 panelists that each spoke about different student and faculty successes, as well as Moon Shot for Equity, an initiative and collaborative project to close equity gaps in higher education by 2030. Mental health and resiliency were just two of the many topics discussed at the event.

The event, which was held on Zoom, started with NKU President Ashish Vaidya welcoming everyone to the event, showing much gratitude to faculty, staff and students for remaining flexible during the current pandemic crisis.

“I want to simply say how proud I am and I applaud our community for being so focused on not only making sure that our students succeed, but also making sure that we are keeping each other healthy and safe in this environment,” Vaidya said.

The event then focused on the virtual celebration of CARE (Creativity, Appreciation, Resilience, Engagement), where a number of NKU faculty, staff and students were recognized for outstanding success.

Vice President and Chief Strategy Officer Bonita Brown moderated much of the event, including the recognition of panelists.

Director of Recruitment and Retention from NKU’s HAILE College of Business Olena Pilyayeva talked about the Connect Ahead mentorship program exclusive to HAILE, where the program was recognized for creativity.

This program gives juniors and seniors the opportunity to mentor freshmen and sophomores through a year-long commitment.

“I’m appreciative of their adaptability, their leadership and their determined persistence,” Gentry said. “From leading large and small in-person events to hosting virtual and now hybrid events, they’ve continued to excel. The biggest example of this is NKU’s largest student success celebration, commencement.”

The look of a celebration as big as NKU’s commencement ceremony has changed over the course of the last nearly two years due to COVID-19.

Moore and Olding are a small, but mighty team, planning out commencement after commencement. With past NKU graduations being held virtually, Moore said the work couldn’t have been done without those working in media services on campus and faculty throughout university advancement.

Both Myers and Cannon talked about obstacles they’ve faced throughout college that have made them more resilient. The solution to some of the problems they fought to overcome? Building a strong support system around them filled with those who truly want them to succeed.

Cannon, a first-generation college student, found one of her first struggles on campus to be fitting into a predominantly-white institution as a minority. From there, she began to try and navigate her own mental health journey and hit some bumps in the road along the way.

“What I didn’t know when I got here was we [minority races] were already one step behind because we had to first navigate a mental health journey that nobody told us about because in our culture, it’s not something that was practiced,” Cannon said. “So we had to bring all this trauma and all of these toxic behaviors here and unlearn them before we could start taking in the knowledge and the lifestyle that I really wanted to have.”

Cannon described her biggest test of resiliency as happening last semester due to losing many loved ones close to her, including her best friend which then slowly impacted her mental health and built up over time.

Cannon said she had noticed a sharp decline in her grades, ability to go to counseling, eating habits and was having suicidal ideations multiple times a week.

A recent graduate of NKU, Cannon explained that without her support system including mentors, mentees and organizations she was involved in, she would not be who she is today.

“It’s all of my mentees and my mentors that I’ve created through R.O.C.K.S., through the different organizations that we have on campus, through my sorority that created my family and my bond that kept me up when I was so far down. Without the student affairs experience here, there would be no Aliya Cannon,” Cannon said.

Farro said about 70 percent of what media services cover on campus is live sports productions.

Carly Motzer, senior public relations major with a minor in EMB works with athletics and media services to broadcast games as well as produce social media content including university branding standards and marketing efforts. She has produced Division I basketball for ESPN+, EPSN3 and regional networks.

Motzer said if it wasn’t for EMB 335: Sports Media Production professor Wes Akers and Farro, she wouldn’t be where she is today.

“No matter where the future takes me, my time with live sports production will be work that I am proud of for the rest of my life. I’m thankful that live sports production taught me my passion and that’s only the second most important thing that I have gotten from this course and the people it has brought me,” Motzer said. “The class taught me that people believe in me and that I am capable of far more things than I give myself credit for.”

The discussion about Moon Shot, an initiative and collaborative project to close equity gaps in higher education by 2030, talked about the advancements that can be made in order to ensure that no student, regardless of race, ethnicity or background fails to graduate from higher education.

NKU partnered with education firm EAB in 2021 to connect with other universities following the initiative to give everyone a fair chance to succeed throughout higher education.

Nearing the end of the event, The Northerner interviewed Provost Matt Cecil, asking how the value of student success changed from the beginning of Cecil’s college experience as a student to his role of provost currently.

“I had literally every possible privilege and safety net yet I almost managed to mess it up because I was really ill-prepared to cope when things got tough for me, and I only got through it because a bunch of people showed care really, it was a coordinated care model long before anybody talked about it that way.”

Cecil told a story about how he dropped out of college with only 15 credit hours left to complete as a pre-med student and then got back into college later on, where he studied journalism and history and then went on to complete graduate school and received a doctorate in mass communication.

Cecil started his postdoctoral career forgetting the importance of support teams and was trying to replicate his doctoral program experience instead of support that students needed.

That changed once he had to teach an 8 a.m. introduction to mass communication course.

“I figured out quickly that this was an opportunity for me to start paying forward all of the work that people had done for me. I realized that a class like that is as much about helping students understand how to be good students, as it was about dragging them through the history of mass communication and communication theory,” Cecil said.

The Northerner also asked Cecil how his past roles and current role as provost can help NKU close equity gaps (such as through Moon Shot for Equity) by 2030.
“To me, the whole thing around closing those gaps is that we have to be uncompromised. We have to understand that closing equity gaps and increasing retention rates are two different things that require two different strategies. We could be great at retaining students and increase our gaps, so we have to be really thoughtful about that,” Cecil said. “What I see at NKU and what’s special about this place, is truly, we have a group of doers. We have a campus full of those people, like the folks that stepped up to help me and it inspires me. I look forward to those moments that we get to sort of savor the results of that work and those moments are only going to become more frequent as we put these kinds of supports in place.”
The event then turned back over to President Vaidya for closing remarks, where he showed excitement for the upcoming spring semester which starts on Tuesday, Jan. 18.