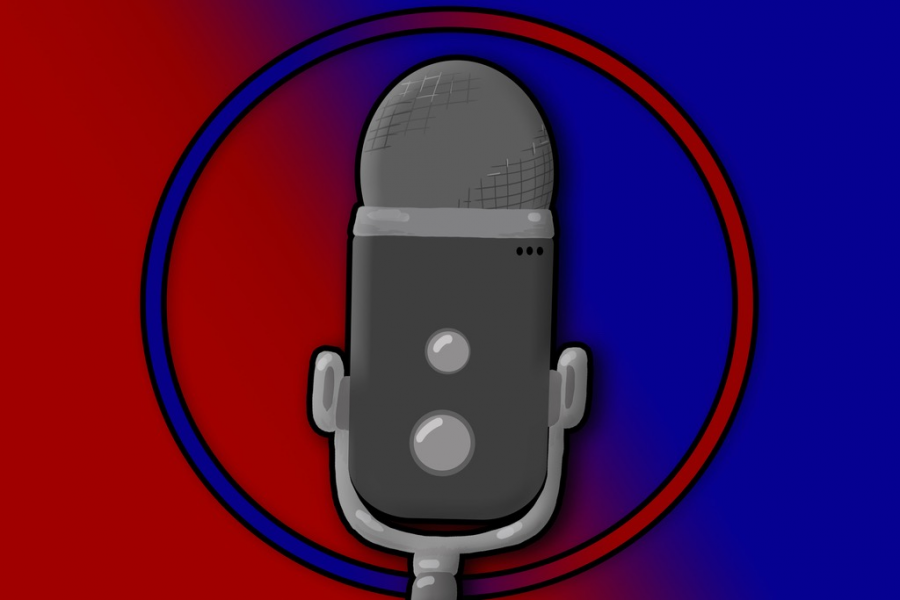 Political science professor Dr. Michael Baranowski and six students have come together in Political Science: Election 2020, a class to create a podcast series on the upcoming election throughout the semester.

According to Baranowski, the students were chosen carefully—all of which he saw great potential in from teaching previous classes. He created the class in about three months, hoping to cover information that would inform people of issues related to the election.

The class consists of weekly reading assignments as well as research papers that help capture the different views of the six students. The students then come together through Zoom each week where they begin to discuss their views on the topics as well as record the podcast.

According to Baranowski, the papers are the foundation of the podcast’s discussions that range from a variety of different political issues relating to the upcoming election.

“I felt that this was probably the most important presidential election of my lifetime and I wanted to find a way to involve students in it and podcasting, which I have been doing for the last four or five years,” Baranowski said.

Baranowski is part of “The Politics Guys,” a podcast that he and five others work on to talk about different topics related to politics. Election 2020 is essentially a series of episodes made by the six students and Baranowski that will be featured on “The Politics Guys” podcast.

Faith Howard, senior political science major, is one of the six students taking the class. She said the class has made her more informed from both political sides.

According to Howard, it is important to be informed from both sides of the political spectrum and the class has helped her see arguments from both political sides.

Doc Holiday has been going to college since he was 65 and has obtained two Bachelor’s and one Master’s degree since then. He now takes courses at NKU for fun but does not plan on obtaining any other degrees. Holiday said he chose to take Election 2020 because he thought it would be a fun experience and has enjoyed the class so far.

“It’s good to hear what young people have to say about  [politics] because I get to see what the world is going to be like in 10 or 15 years,” Holiday said.

The podcast shares the beliefs and opinions of people from different political views as well as people of different ages.

Allan Millward, senior political science major, said the class requires a lot of research, which  helps others be more educated on the topics being discussed throughout the podcast.

“An important aspect I hope people take away from the podcast is that doing research when you talk about stuff matters, especially in politics. You have to be informed before you have opinions,” Millward said.

The most important thing Baranowski and his students want to learn from the podcast is that people can have civil discussions about politics.

“You don’t have to have the same political beliefs as someone else to have a good conversation about politics with them,” Howard said.

Election 2020 will have a new episode up every Wednesday or Thursday throughout the semester and can be streamed on all devices. For more information about the episodes, visit “The Politics Guys” website.